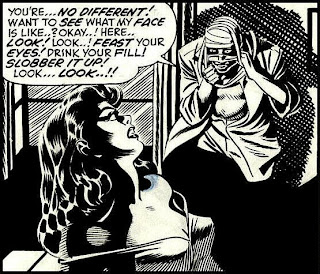 
Manny Stallman was one of those journeyman Golden Age comic book artists that most fans have never heard of. He seldom signed his name. He ended up his comic book career doing commercial comics, things like Big Boy comics for a restaurant chain.

During his time at Harvey Comics in the early 1950s he did some very memorable stories, working in all of the genres, horror, crime, romance and war. This particular story, "Ugly Duckling," from Chamber Of Chills #22 in 1954, is one of his best. 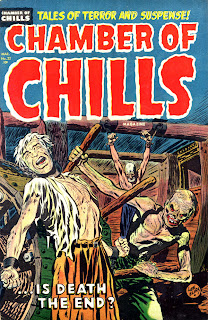 He's teamed up here with fellow Golden Ager, John Giunta, another workhorse of the era. Between the two of them they've come up with a story which is really about setting up the last panel, like a punchline to a sick joke.

And quite a punchline it is. Since this is a horror comic book, the stories don't have to make sense or even be possible, they just have to be horrible. And this is horrible! It's such a macabre joke that in 1987 the same motif was used in a card in the Garbage Pail Kids series. I'm including that also.

The face in the splash panel is a red herring…it's from a Mayan mask, I believe. Don't quote me because I'm relying on memory.

The scans are taken from the original artwork, and since it's not from a poorly-printed comic book we can see how good the drawing really is. Stallman's figure drawing and composition are excellent, and his pencils are brought to life by Giunta's inks. A very nicely done story.

I got these scans from Heritage Auctions, and thanks to them. 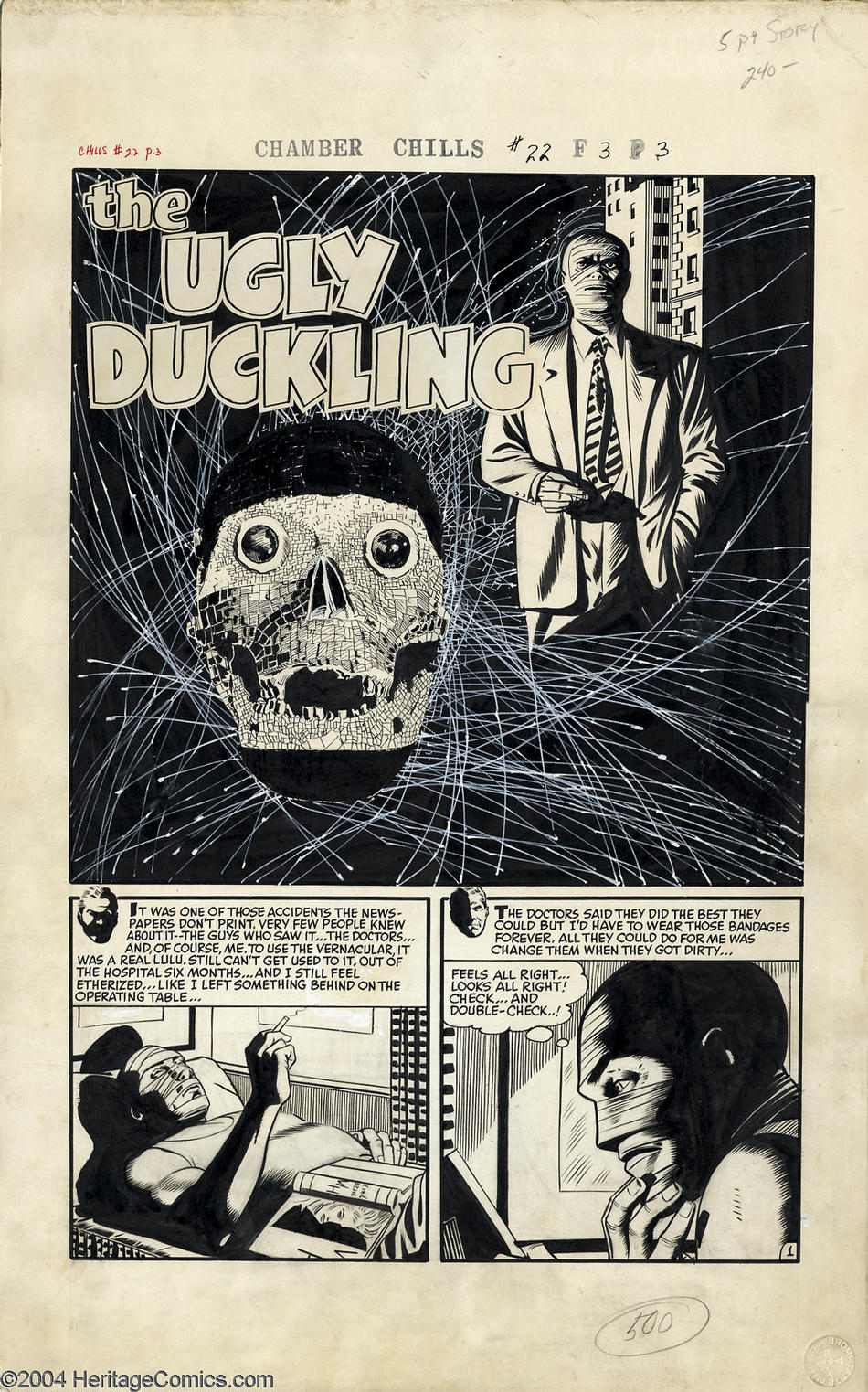 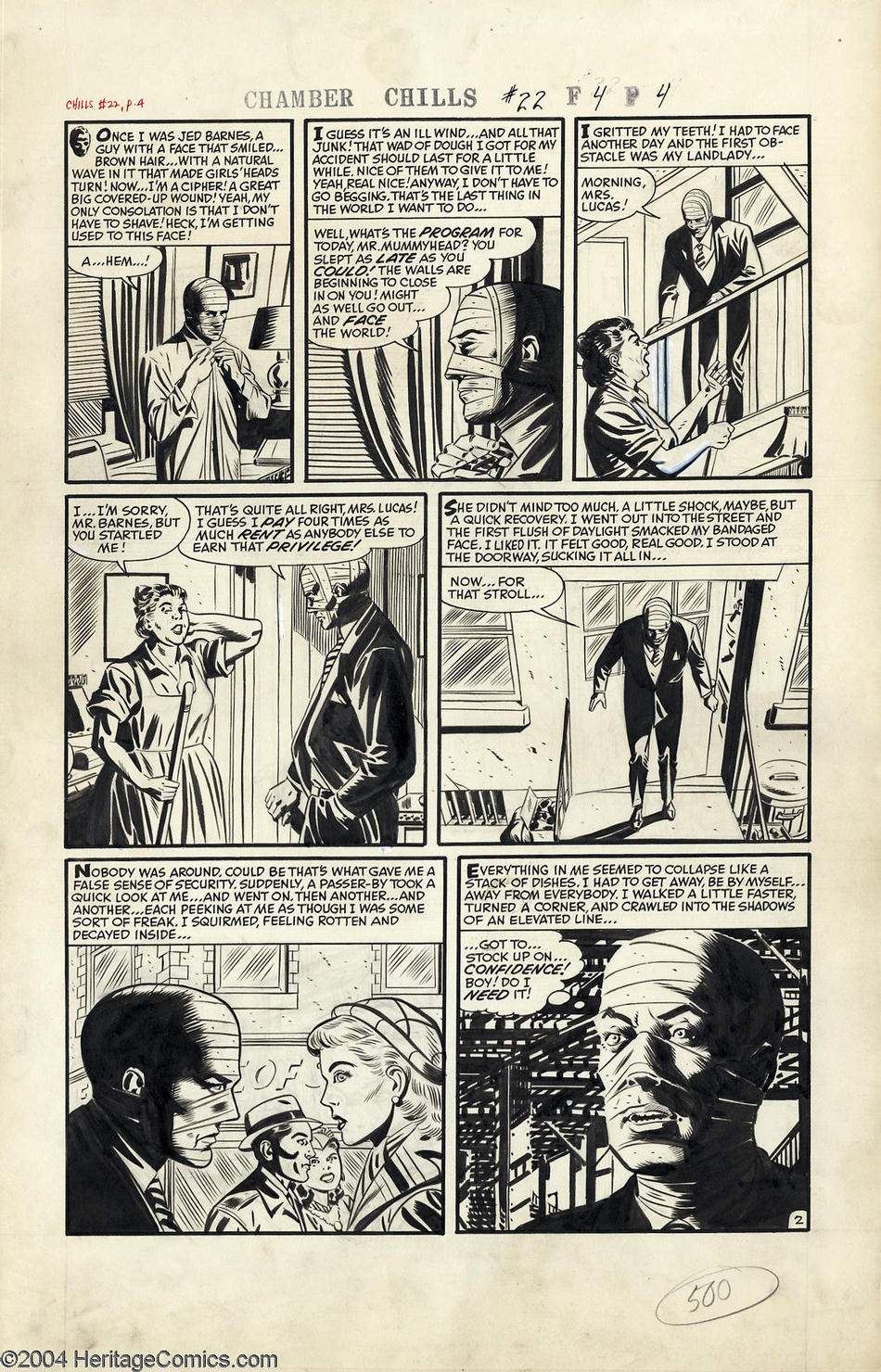 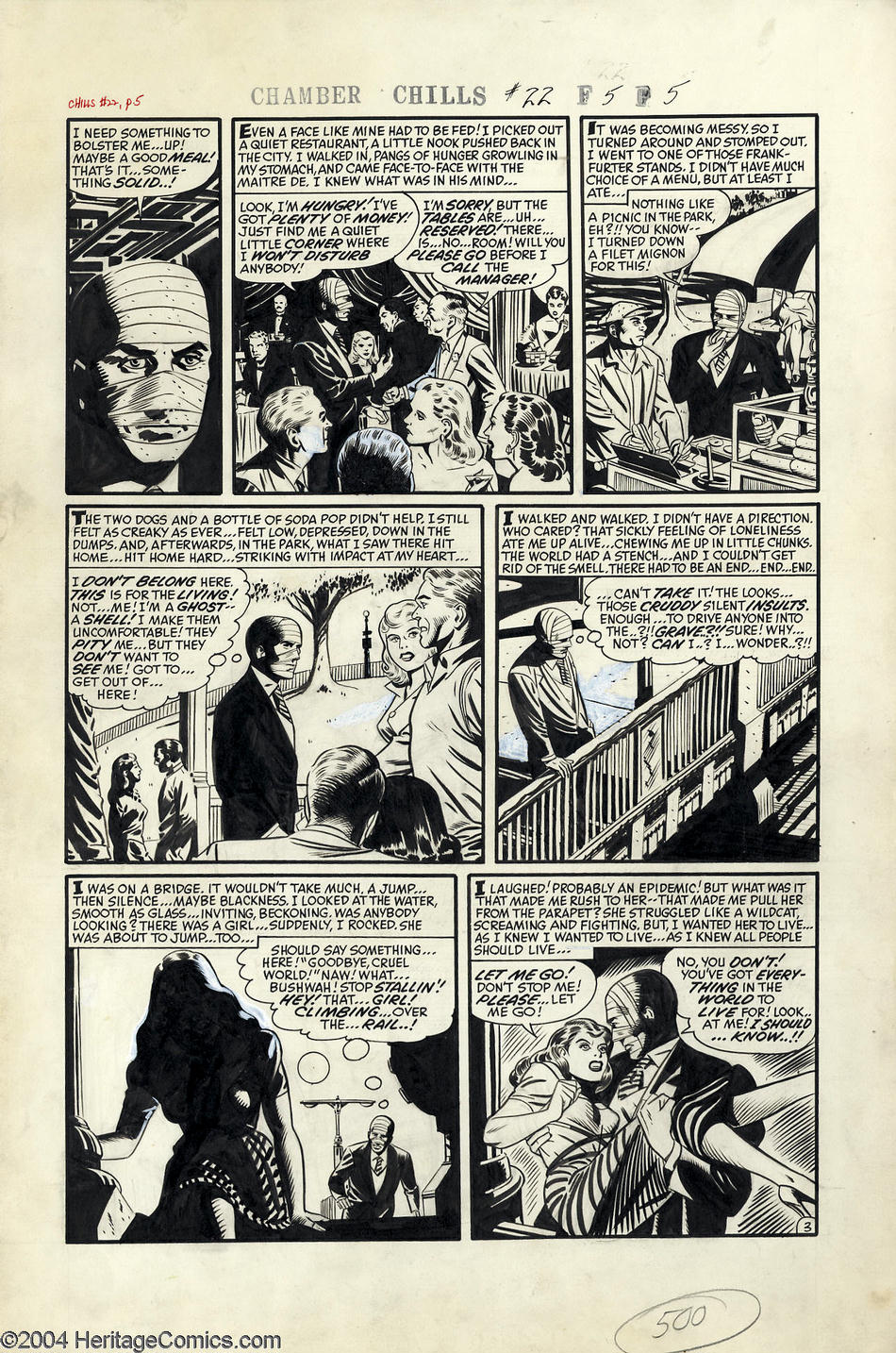 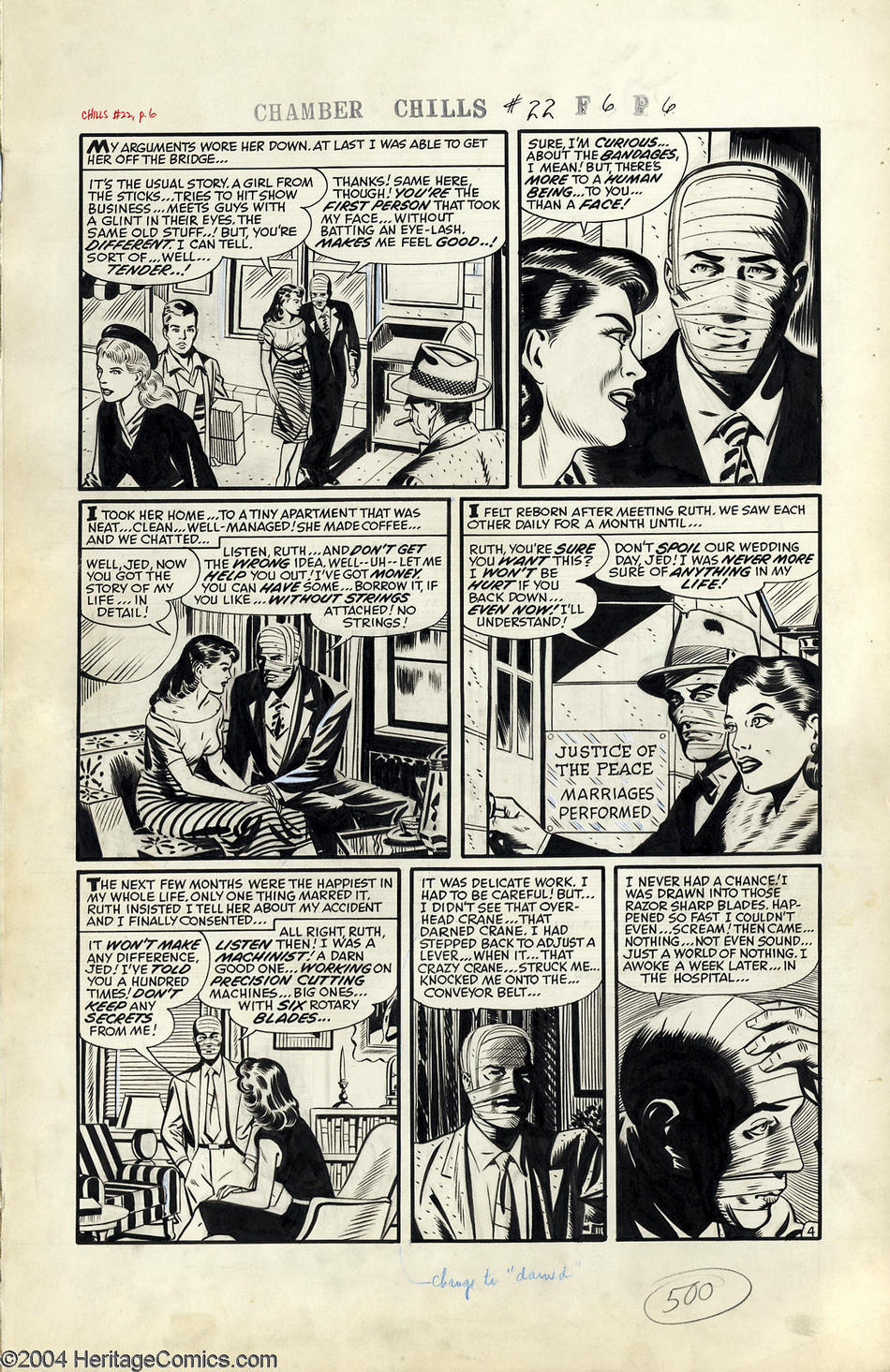 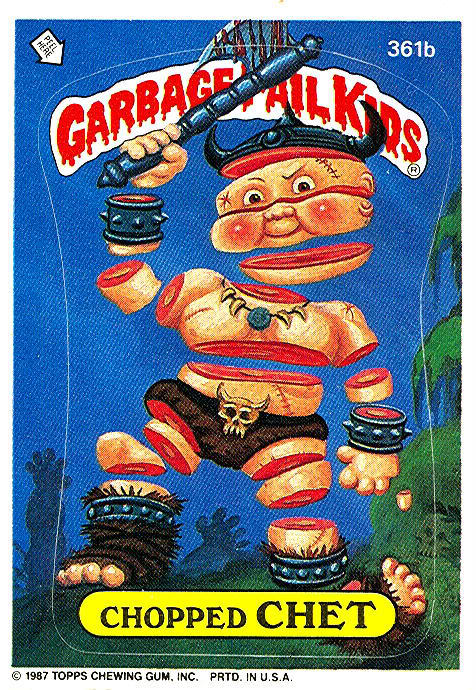 Nice inking and lettering on this job. The bold use of blacks heightens the mystery.