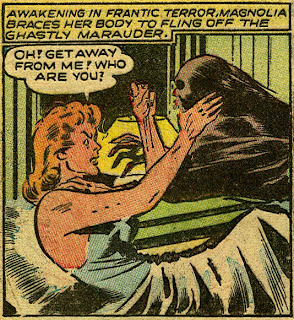 
In his Senate testimony EC Comics publisher Bill Gaines* claimed the horror comic as his invention, but that claim itself was an invention. The EC-style horror comic that became popular in the early 1950s was his and Feldstein's, but horror comics had been around in one form or another since the earliest comic books. Even the superhero titles had their share of horror elements: vampires, witches, and monsters.

This story, the first of the Ghost Gallery By Drew Murdoch series from Jumbo Comics #42, August, 1942, fits into the earlier mode of horror comic, a gothic story: old dark mansion in the swamp, ghosts, and a mysterious, murderous thing.

Grand Comics Database identifies the artist as Bob Hebberd. Fiction House, publisher of Jumbo Comics, utilized the Jerry Iger comic book shop so often several artists worked on one story. Most of the stories in Fiction House Comics were just excuses to put sexy, leggy girls into the panels.** They were popular with their readership, servicemen and teenage boys. The stories didn't have to make much sense, and they often didn't.

This first Ghost Gallery story seems fairly well done, even for Fiction House. It's full of clichés, but it actually has a story that propels it for six pages, and it's done without most of the panels showing a half-dressed girl. Ghost Gallery must've been a popular series. It continued for over 120 issues of Jumbo Comics. 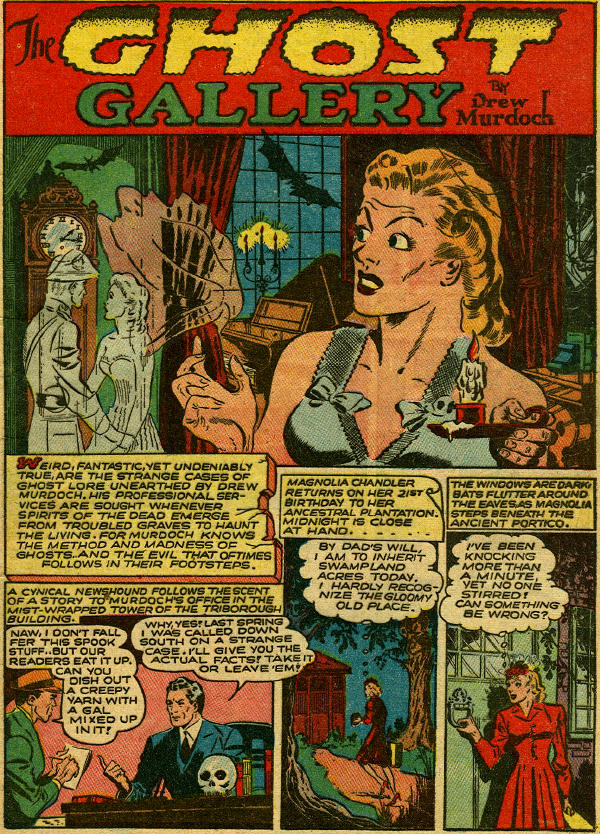 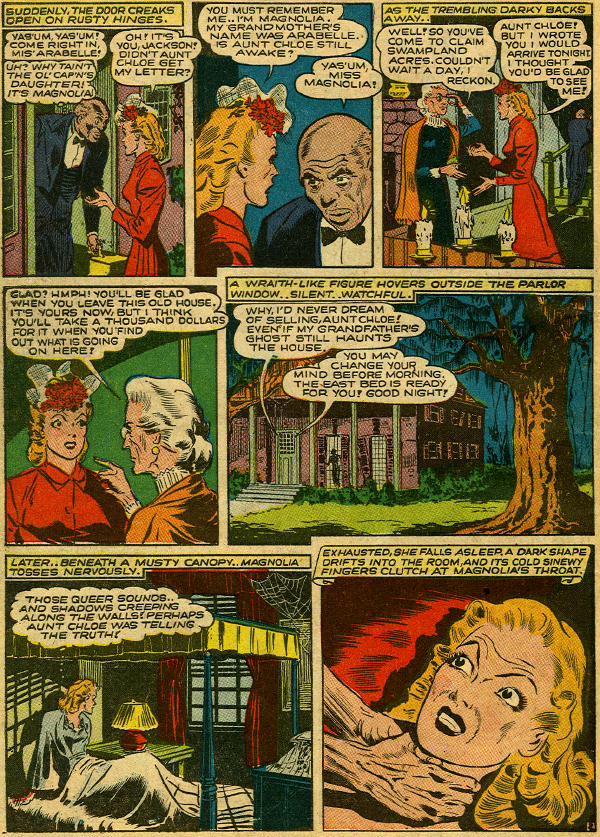 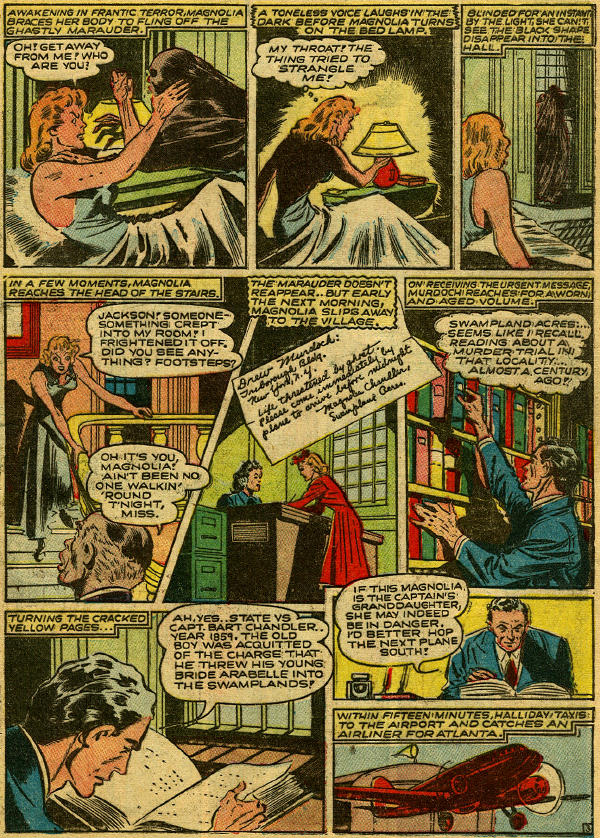 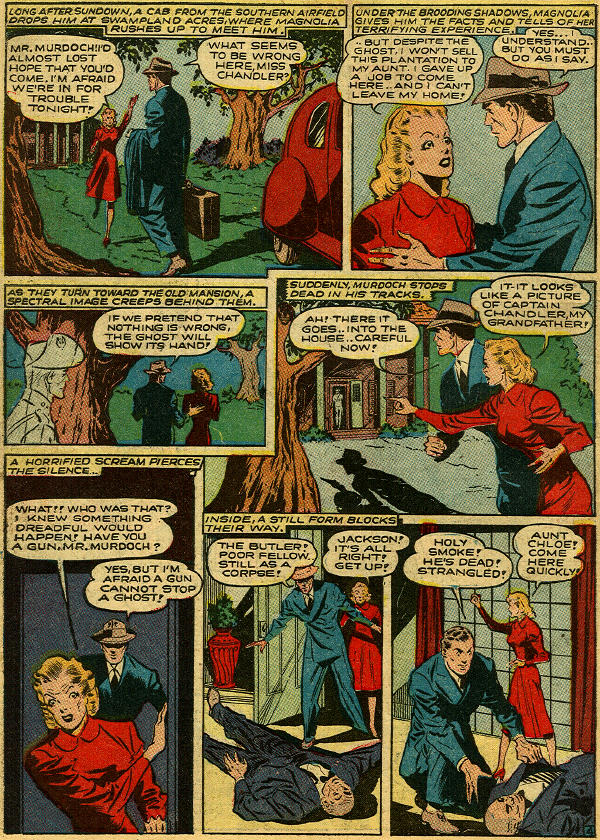 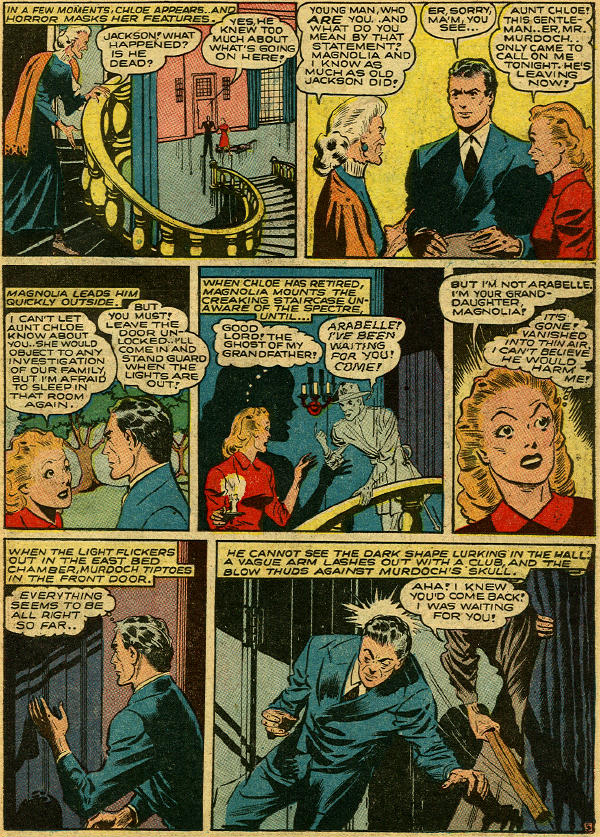 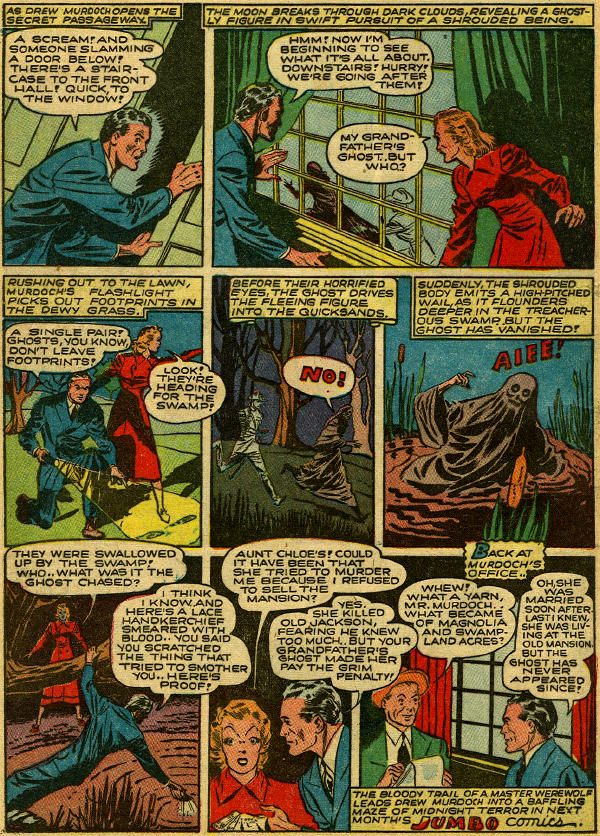 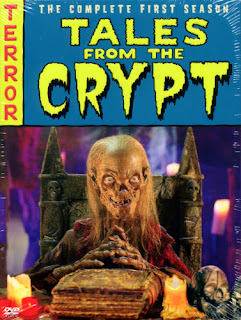 **Hey gang, I don't have anything against sexy, leggy girls.