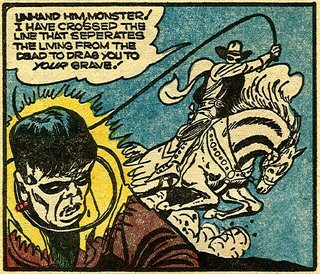 Ayers went on to Marvel Comics in the early 1960s, drawing and also inking. His bold inking made Jack Kirby's bold pencils on his late '50s monster strips really eye-popping. There was nothing else like them anywhere.

Ghost Rider was a combination western/fantasy/horror comic book, begun in 1950. It had fast moving stories and great art. (I probably don't need to mention that Marvel Comics also appropriated the name, if not the theme, of the Ghost Rider by creating its own character.)

The Ghost Rider Vs. Frankenstein story, from Ghost Rider #10, December, 1952, is widely regarded as one of the most memorable from the title. The cover alone is worth the price of the book. 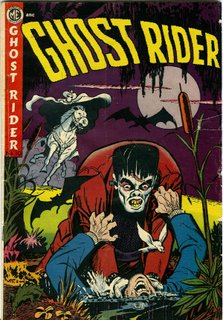 If I have an objection to the story at all it's the cop-out ending. The rest of it is quite good, though.

Ghost Rider publisher, ME Comics, didn't really publish horror comics, but Ghost Rider was spooky enough in its own right. And it was due to the moody and evocative art of Dick Ayers. 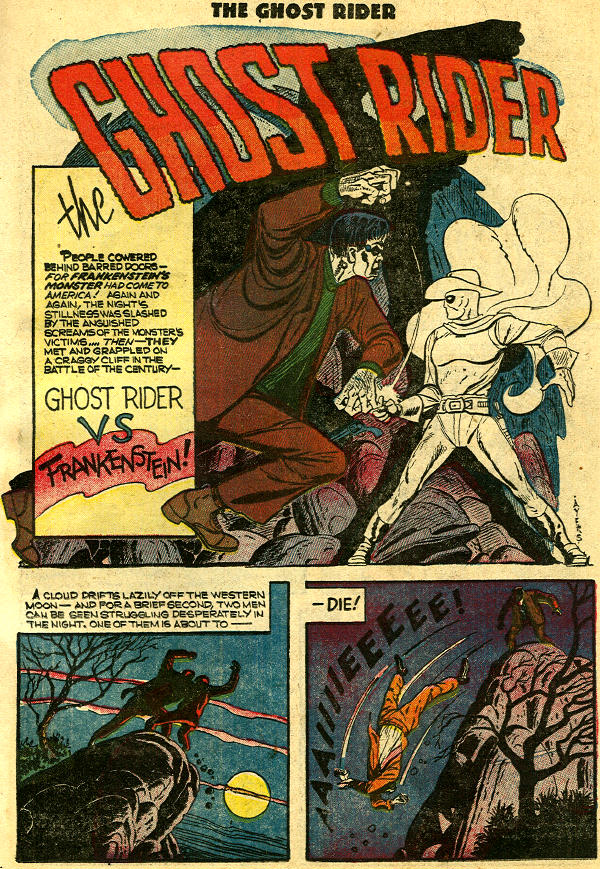 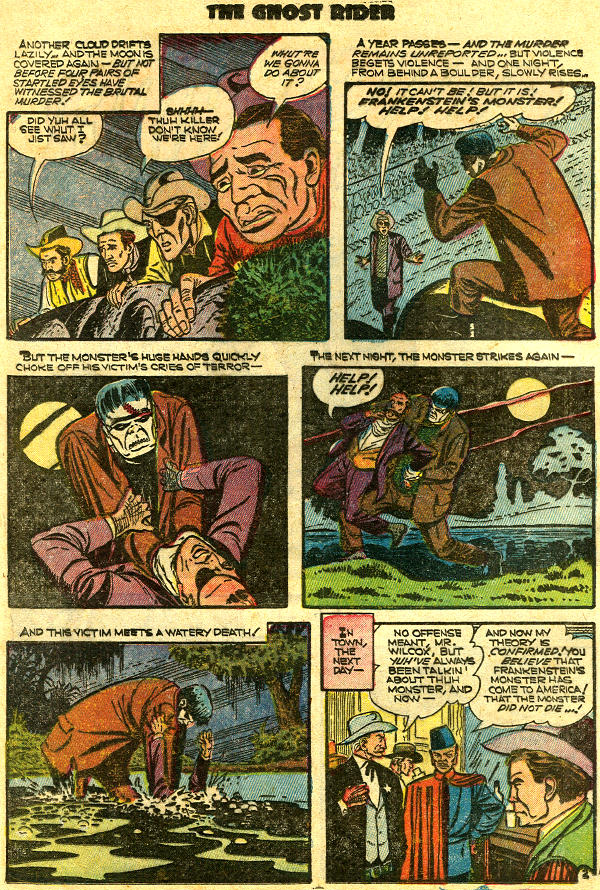 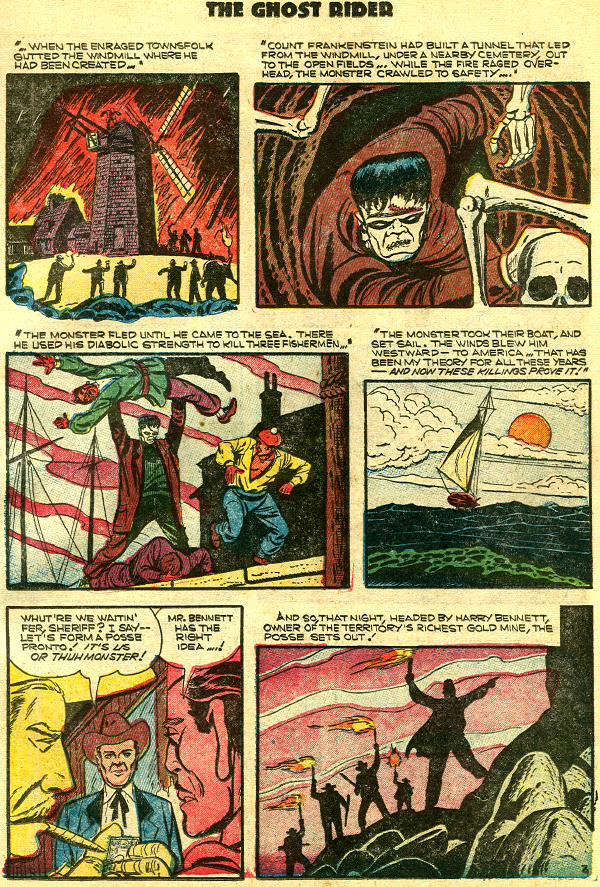 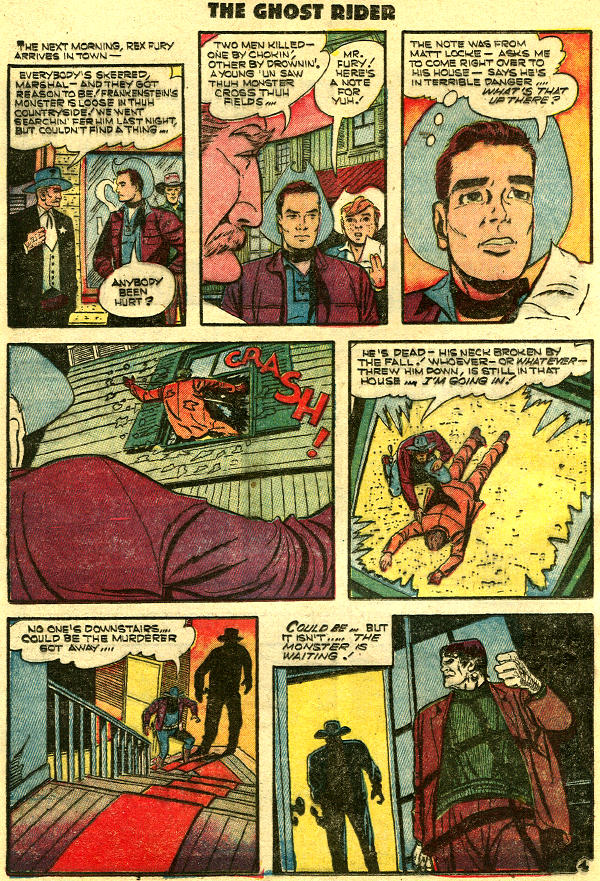 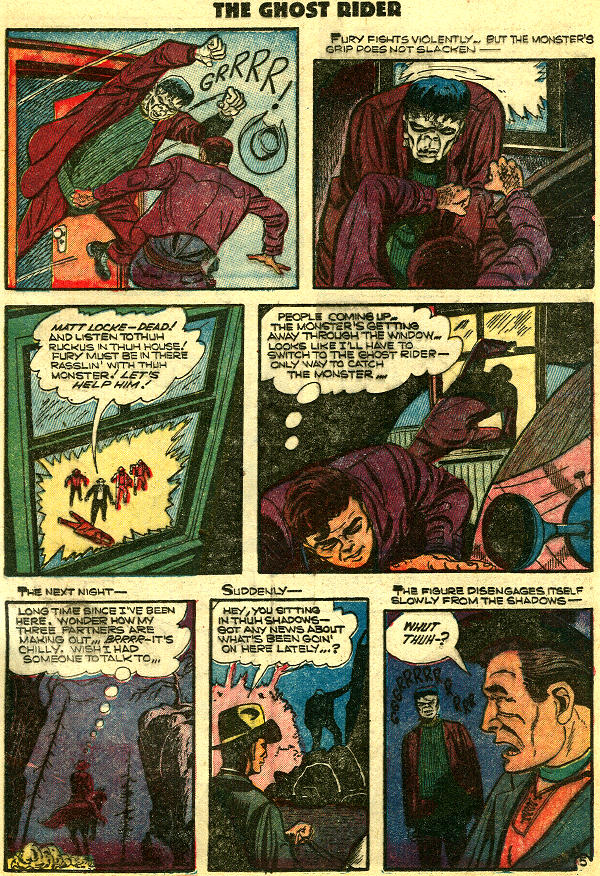 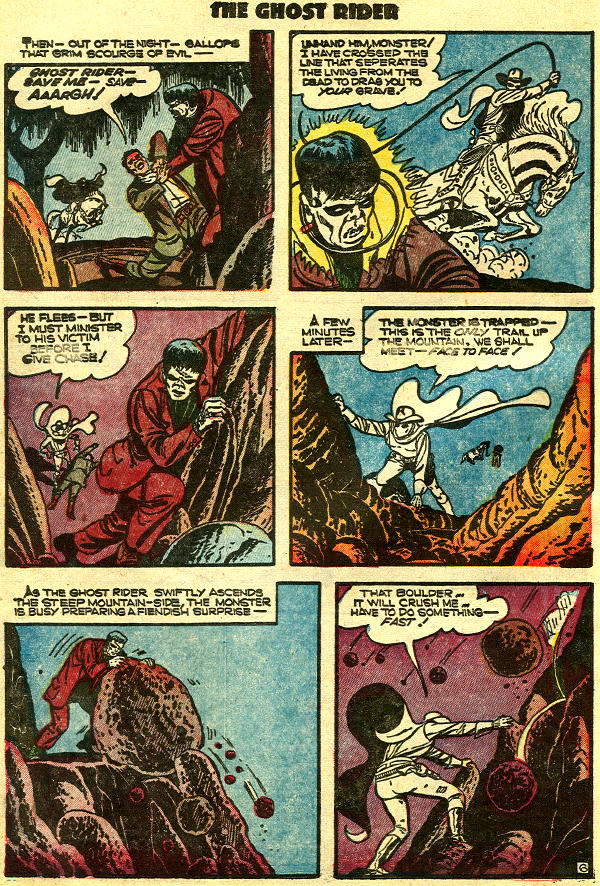 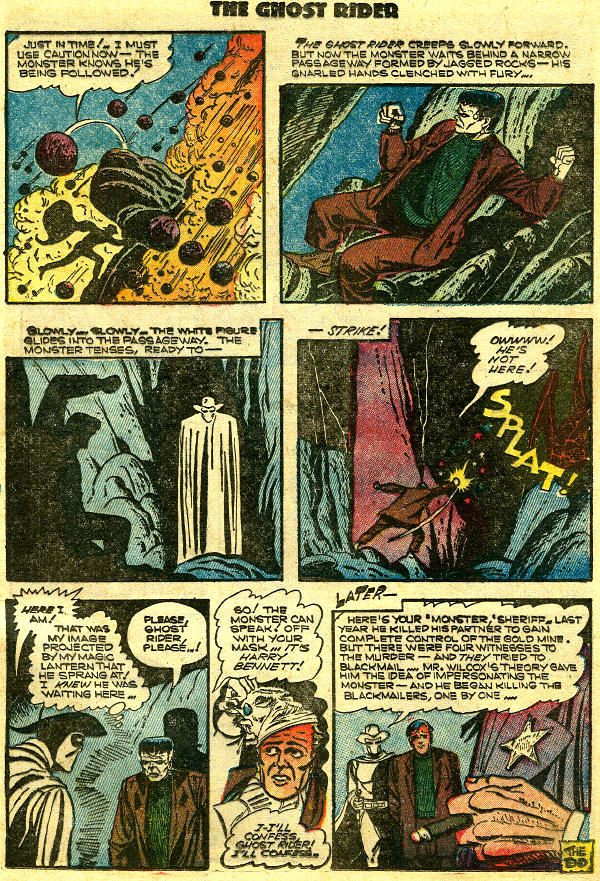