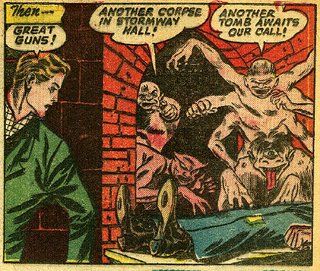 
The Tomb Of Terror


This is an enjoyable but hokey story from Forbidden Worlds #5, March-April, 1952. It's drawn by Lou Cameron. He left comics some years ago to pursue a successful career as a writer of paperback novels.

I said this story is hokey, and it is. The plot is straight out of a pulp magazine. A doctor and his fiancée visit a town with a sinister castle, "Stormway Hall." The ghost of a girl leads the doctor into a supernatural situation involving a green sorcerer, some "fiends," and a ghost, all in a place the sorcerer refers to as The Tomb Of Terror. It was most likely written by the editor, Richard E. Hughes, who seemingly and single-handedly, wrote and edited the American Comics Group line until his death some years ago. Forbidden Worlds, and its big brother,  Adventures Into The Unknown, were successful comics that ran for many years. 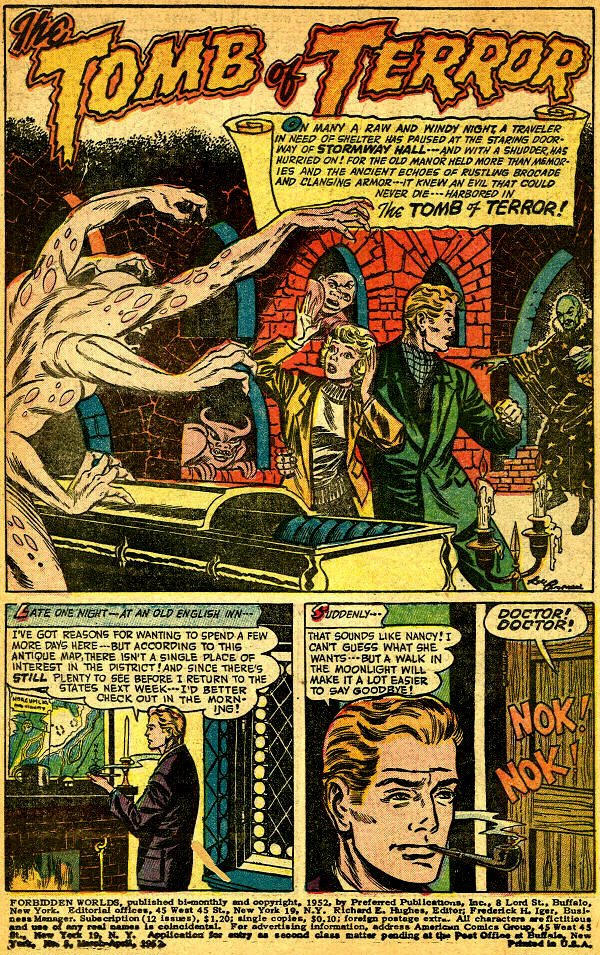 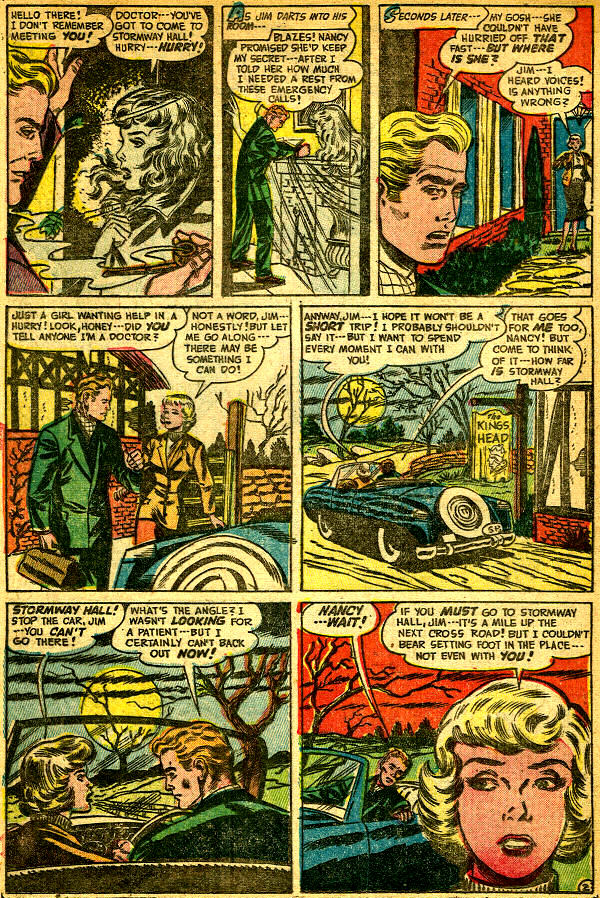 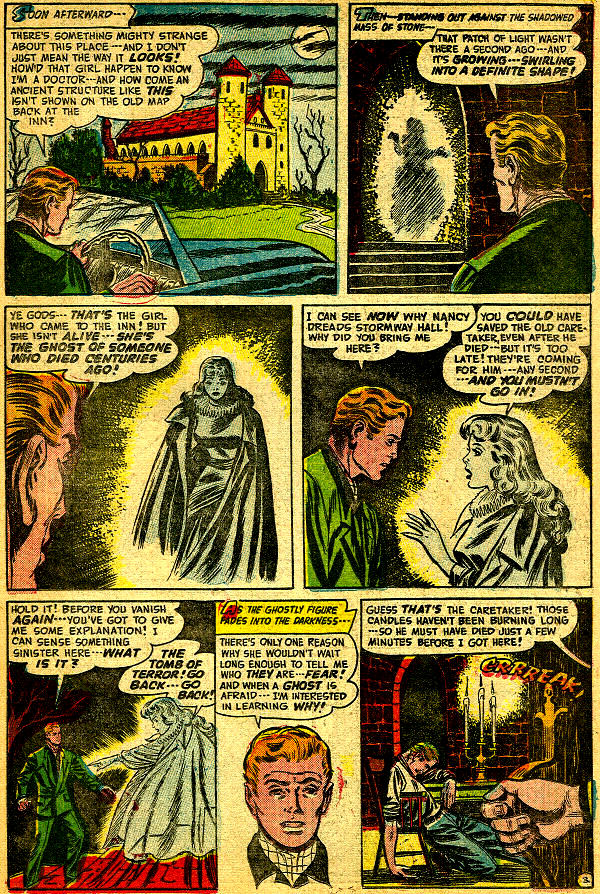 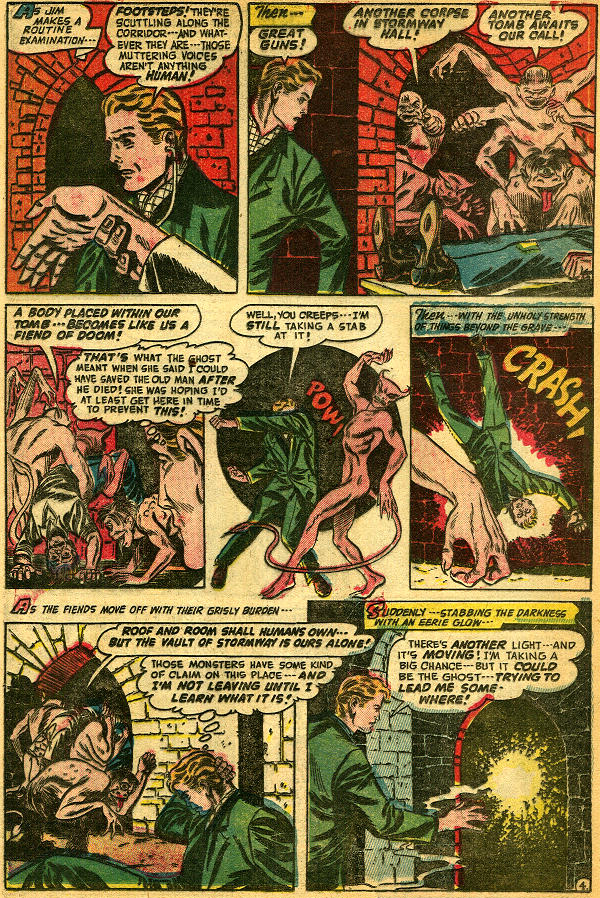 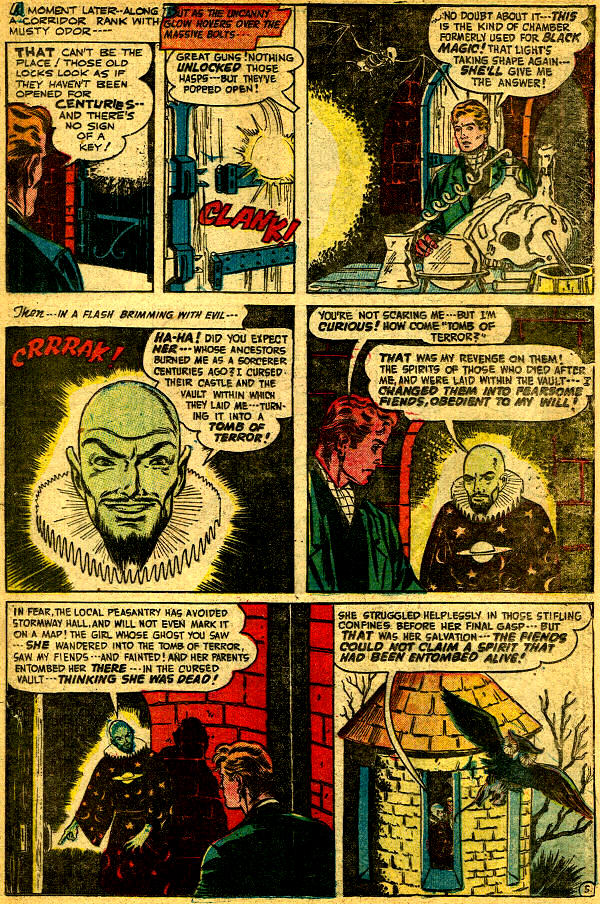 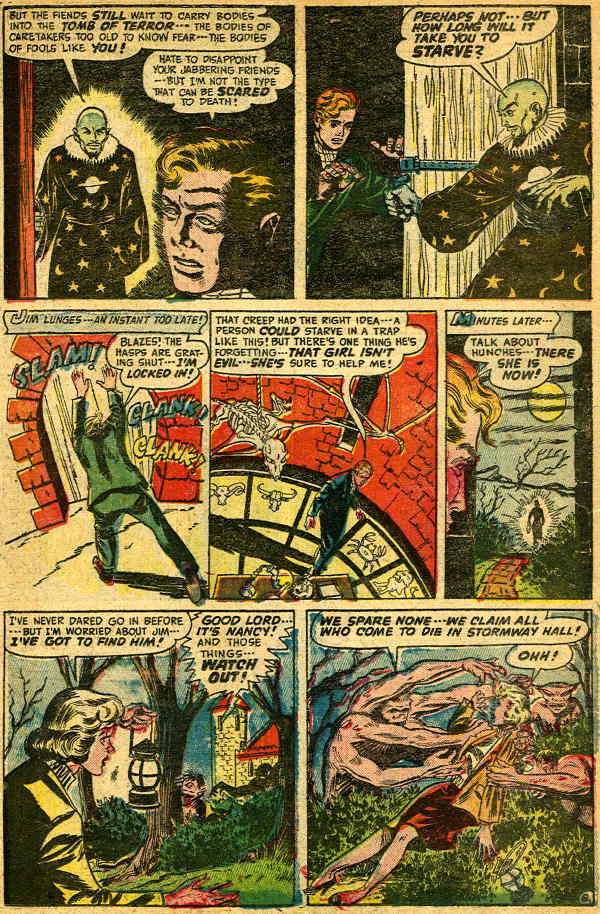 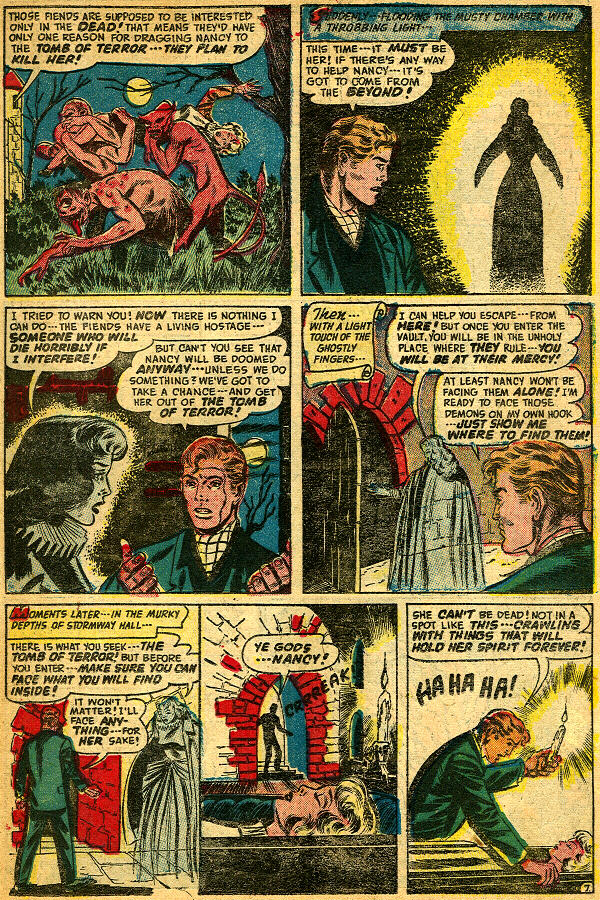