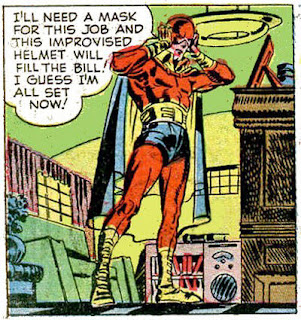 The story I have told once or twice over the years is that Stuntman, a comic book from Harvey Comics, written and drawn by Jack Kirby and Joe Simon, was canceled over a glut of comic books after the war. Simon and Kirby moved on to Hillman, and then Prize. The latter publisher was aptly named. Simon and Kirby hit the prize with romance comics for Prize.

Stuntman may have suffered a bit by changing tastes among comic book readers. Stuntman wore his circus costume, then added a helmet and went from circus stuntman and daredevil to two-fisted costumed hero. The artwork is dynamic, but costumed heroes were passé, and if comic books truly glutted the market, then many potential readers might not have seen it. It is also possible the distributors didn’t give shelf space to a comic book with no sales record.

Harvey not only published the original Stuntman #1, but also reprinted “Killer in the Big Top” twice, in Black Cat #9 (1948), and Thrills of Tomorrow #19 (1955). What I think is precedent is the first page banner that asks the reader to “Save this first issue of Stuntman comics...it will be a valuable souvenir someday.” 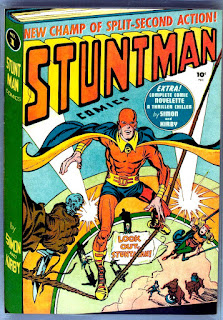 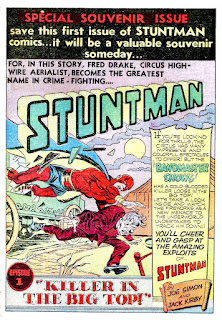 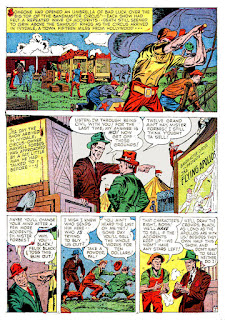 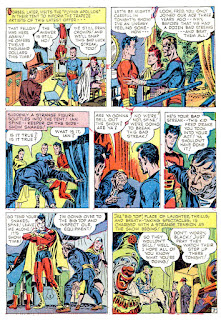 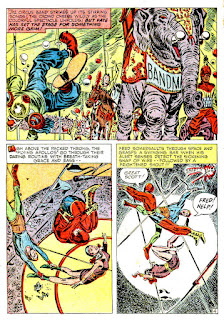 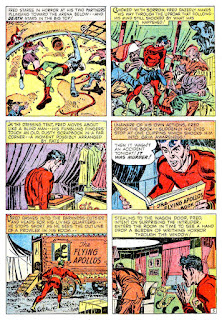 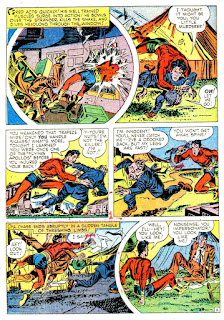 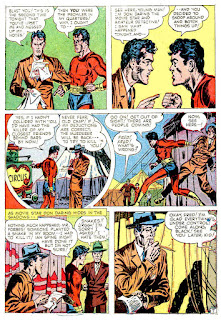 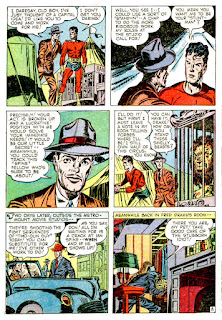 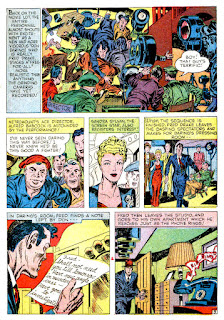 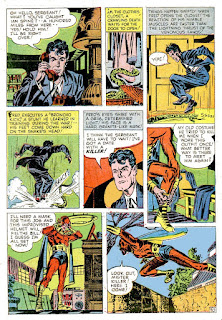 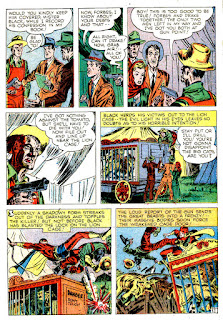 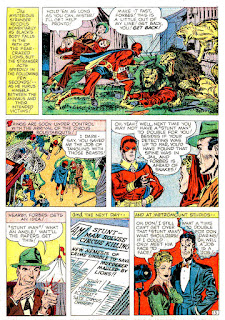 Well, there's a twist-and-a-half. Once again, when out of costume Our Hero pretends to be a dweeb, but in this case the dweeb is another fellow rather than a mere persona, and that other fellow even fills the rôle of pompous, bungling sidekick.