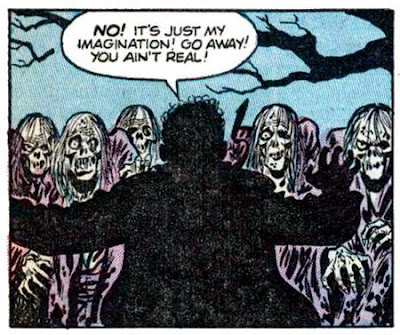 Joe Sinnott, comic artist, died this year at age 93. Despite his advanced age, it is still a bit jarring when I see the death notice for someone I admire, no matter how old. I admire Joe Sinnott’s art, and have enjoyed it for over 60 of Joe’s 93 years.

For Halloween I’ve got four stories Sinnott did for Atlas horror comics in the early '50s. The stories are well drawn and effective, especially one of my favorites, “The Witch in the Woods.” It retells the story of Hansel and Gretel as a comeback to enemies of horror comics. We can assume that horror stories have been told to children around the campfire probably as far back as early humans telling their kids tall tales of monsters and ghosts. I have shown these before, some years ago. They're just as fun to read now as they were then. 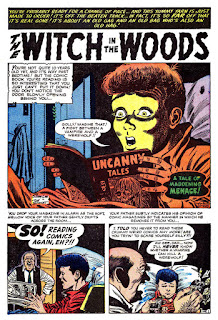 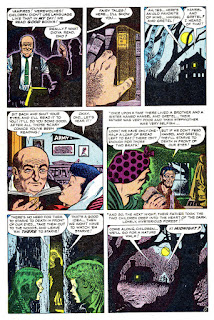 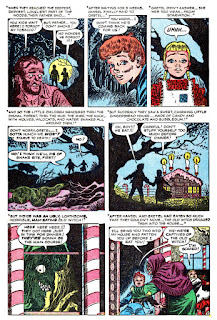 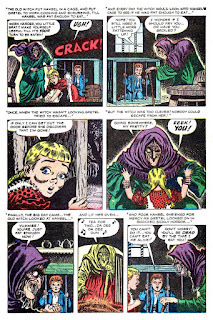 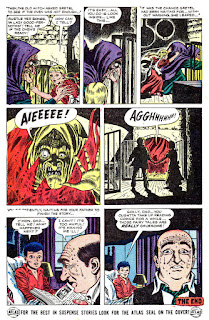 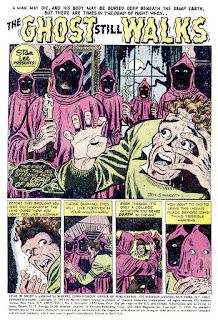 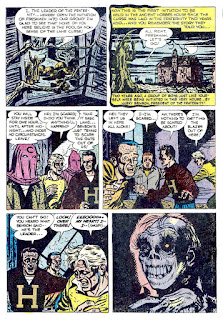 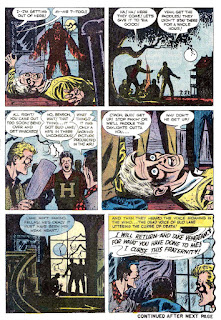 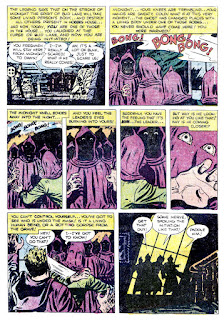 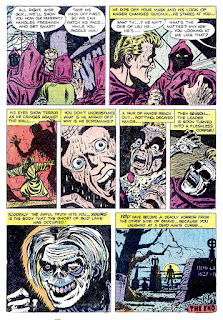 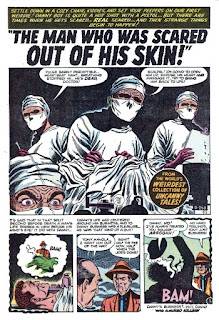 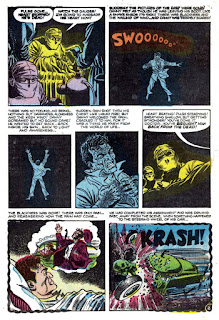 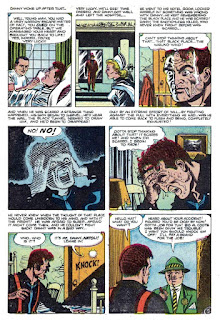 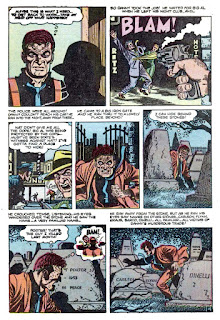 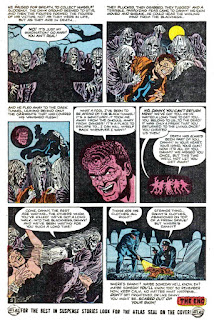 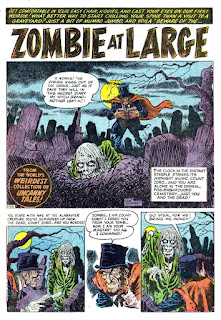 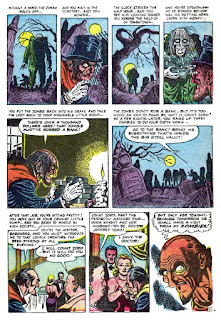 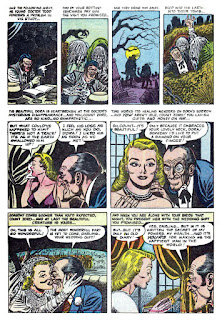 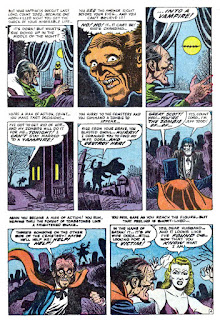 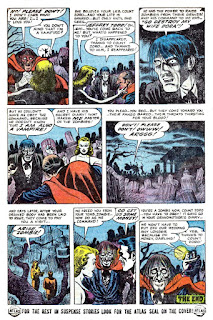 Until I saw reprints from the Golden Age, I knew Sinnott only as an inker. But I admired his inking and, as a fan of Captain America, I especially noted how that inking created a visual sense of continuity even as those doing the penciling would change.

I'll be damned, so that's where the "reading comics again" panel comes from! I've yet to read any of these, but that witch and every single one of those silhouette panels are stellar! Sinnott was an absolute killer. It's good to see you again, and thanks Pappy!

Daniel, it is true that the best inkers can add to a story. Pencil art is sometimes tight (every detail penciled in), but sometimes it's very loose, so it's up to the inker to help create that continuity.

Billy, you're welcome. That panel, "reading comics again," made an impression on me when I saw it for the first time, circa 1960. Menace #7, where the story appeared, was the first Atlas horror comic I owned. I used to take comics I thought my mother would object to outside (in good weather) and find a place to read where Mom couldn't see me through the window. The story made an impact on me, just mentally transferring my mom for the dad in the story. My mother's admonition, said to me more than once, was "don't read those cheap horror magazines." I think that came from her own upbringing in the 1930s, when horror pulp magazines were on the magazine racks. My grandmother thought any reading for pleasure was bad, a slothful waste of time when there was work to be done. She was very puritanical about that and my mother learned from her.

Wow, so you can actually relate to that on a personal level. As for myself, I have only encountered it somewhere like here online, and completely out of context I might add. I grew up in the Satanic Panic and my mother was paranoid about most things I consumed, but despite that, as I aged she began to relax her grip and my interests grew darker and darker. I really don't know if I can put into words what an impact all of that had on me, because to this day it has informed my tastes almost entirely. I'm sure with that sort of inherited condemnation from your mother, it only added to the forbidden allure of the subject matter. Thanks again for sharing.