Number 2082: Poisoning as a career 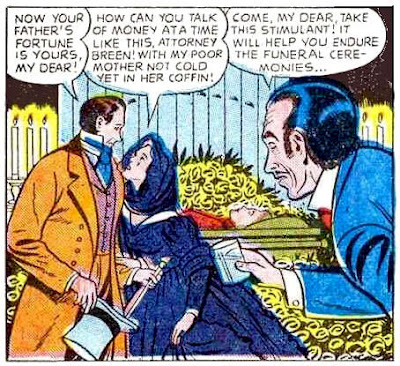 Let me, a retired person, say something about careers. I played it safe and stayed over 30 years with a job that provided me a pension. It worked for me. But that was my choice, which has provided me the opportunity to spend my golden geezer years providing Golden Age comics to you. I would never tell you what I think you should do for a career, but I strongly advise against the career path William Palmer took, which was poisoning people for money to finance a life lived in indolent comfort. Until the hangman caught up with him, that is.

There were several famous poisoners in 19th century Britain, and while Palmer was found guilty of one murder and subsequently hanged for it, his murder career went back years. It is detailed in this story from Crime and Punishment #5 (1948), drawn by the ever-so-precise Fred Guardineer.

Guardineer made a career choice, also. After years as a freelance comic book artist (he was from wayyy back, including Action Comics #1), in 1955 Guardineer decided he needed a job with a pension, so he went to the U.S. Postal Service where he worked until his retirement. He was able to continue drawing wildlife for a local newspaper, as opposed to crime comics and the wild life of crooks. It was his choice and it worked for him. 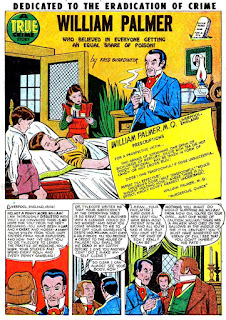 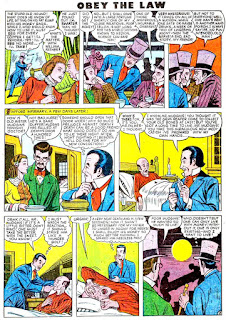 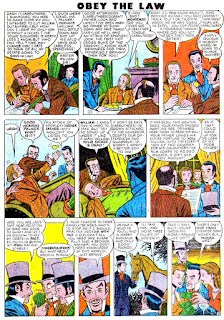 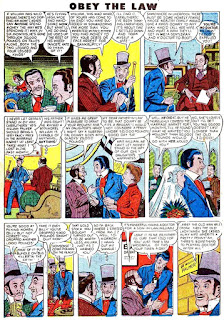 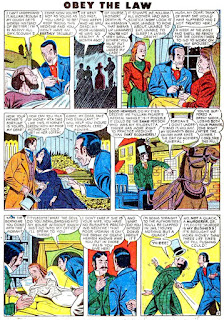 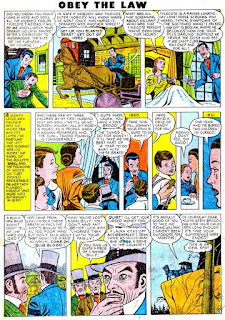 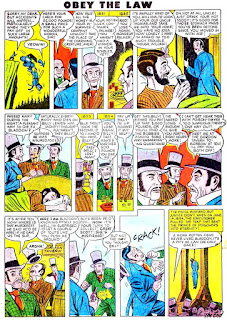 Too many words for a comic, lol! I have a few of those and they are quite enjoyable!

That's better than the story presented here! Of course, when this was published, summations like wikipedia weren't available and probably most of this story was concocted from skimming resources at the library. A lot of this comic (if you believe wikipedia) seems to be spun out of whole cloth!

I like the art. It has a Saturday Morning cartoon feel to it. It's clean, and works well. Again, a bit too text heavy, though.

Charlie Horse 47, thanks for writing.

I would hate to have been the letterer for Lev Gleason's Crime and Punishment and Crime Does Not Pay. I hope that overworked person got paid extra for stuffing all of those speech balloons full of verbiage.

Brian, you recall in the past I have always advised readers to mistrust the word "true" when used in a crime comic. I believe the writers were told to follow the dictum, when choosing between the facts and the legend, choose the legend.