Number 2068: Severin and Elder and the Lazo Kid 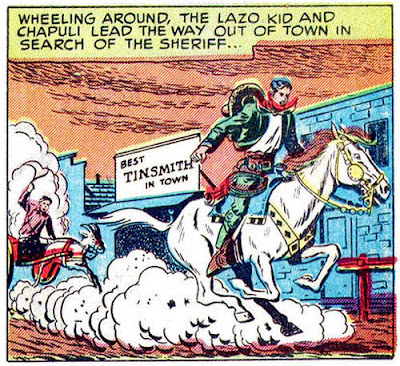 For at least a couple of years in the late forties-early fifties the team of John Severin and Will (then called Bill) Elder did work on Prize Comics Western. Besides their collaborations, Severin’s work shows up in Prize during the whole time he was also working for EC Comics. Such was the life of a freelance comic book artist in those days.

I was charmed by the Lazo Kid and Pedro story, “The Lost Trail,” that appeared in Prize Comics Western #79 (1950). I obviously like the artwork, but I also like that the story has a sense of humor about it, especially with Pedro’s goat, “Billee,” pulling his small buckboard like a Roman chariot.

I have said before I don’t like dialogue done in dialect. The main characters are Mexcan, and trying to approximate their speech is annoying. Unfortunately, this was common in fiction. 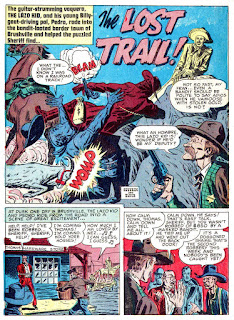 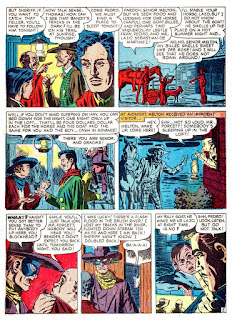 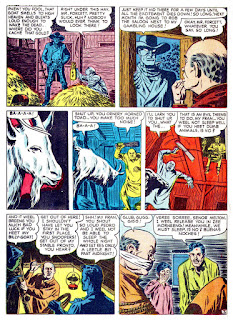 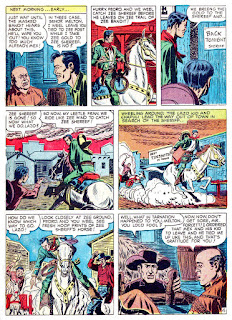 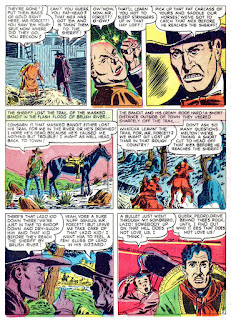 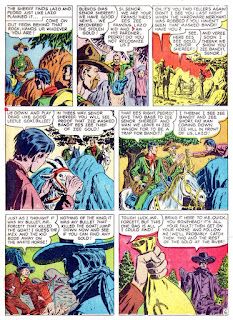 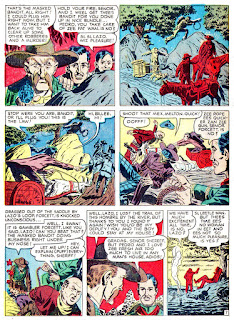 Believe it or don't, I was just looking at the PRIZE COMICS WESTERN checklist in SQUA TRONT #11 before opening today's posting. PRIZE WESTERN is one of my favorite comic book titles and I have almost all issues and now I think I should attempt to complete the run. Severin's covers are absolutely some of his best work and no doubt did much to make this a popular and strong selling title. Many of the early Severin and Elder issues have much assistance by Kurtzman in layouts and inking, often lending a "comical" look to the story. I see a few panels in this Lazo Kid story that appears to have a Kurtzman touch to it. Thanks for posting and reminding me how much I still enjoy John Powers Severin (and Elder and Kurtzman).

Mike, after 60 years of looking at the artwork of Severin, Elder, and Kurtzman, I am still a solid fan. I have wondered, though, if there was a falling-out between Kurtzman and Severin. As far as I am concerned, Severin did two of the greatest Mad stories, "Robin Hood" and "Melvin of the Apes" (and its sequel), but was dropped from Mad.

I know that Kurtzman gave grudging after-the-fact approval of the direction Two-Fisted Tales took after HK, but I never knew if he and Sev were friends after EC, or if they made a total split. Severin never did a Kurtzman script after a certain point, so wha' hoppen?

I don't know exactly what the riff was between Severin and Kurtzman, but I do know that there was a real problem. Besides the normal problems between Kurtzman and his crew of artists, I think something much deeper existed. I have heard many remarks over the years about the conflict, but never any details. Perhaps Severin being extremely right-wing could have contributed to the problem. I had hoped that Bill Schelly's Kurtzman bio could clear this up, but it only says that Harvey wanted John to ink with a brush and not a pen or something like that. EC historian John Benson possibly could clear this up for us.

The coloring looks like Marie Severin. Is it possible??

Seditionist, if Marie was working in comics in 1950 it is possible. I don't know the dates when she started as a colorist.

Mike, well, politics make both strange bedfellows and deadly enemies, so that could be a factor.

Personally, I thought Severin inked better with a pen, although Elder did a magnificent job with a brush when they collaborated.