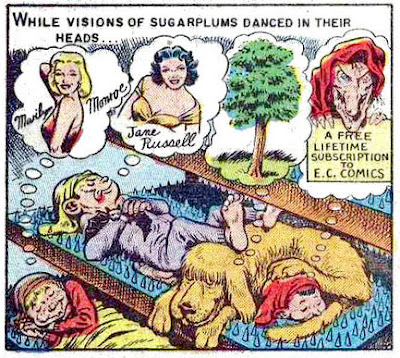 Tomorrow is Christmas Day, so here is a Christmas Eve treat, Will Elder’s version of Clement Moore’s “The Night Before Christmas,” from EC Comics’ Panic #1 (1954).

As editor Al Feldstein explained, “We were banned in Boston for lampooning the poem, ‘The Night Before Christmas.’ Panic, in the words of Massachusetts Attorney General George Fingold, ‘. . . depicts the night before Christmas in a pagan manner . . .’ A.G. George Fingold threatened criminal proceedings against [publisher] Gaines unless the comic book Panic containing the satire of the poem was withdrawn voluntarily.’”

That didn’t happen, and as the old saying goes, “You can’t buy that kind of publicity.” Even if you live in Boston, Massachusetts, you are safe reading this story.

Here is a hearty “Merry Christmas!” to you from Pappy. 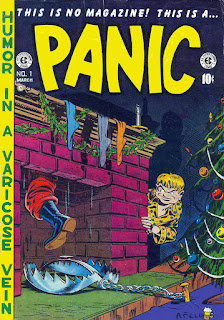 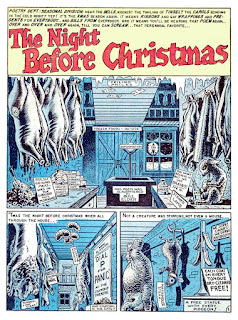 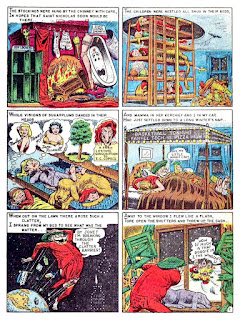 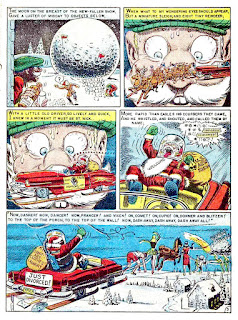 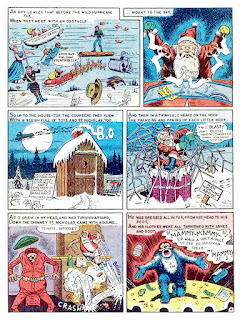 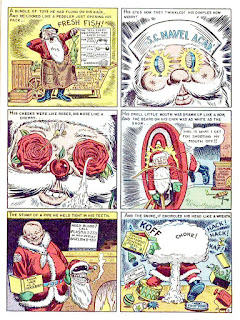 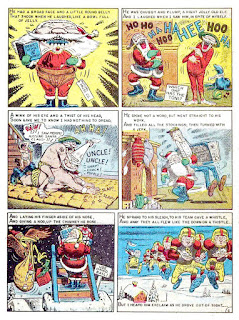 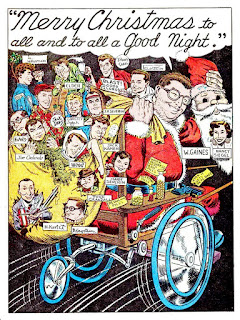 A Christmas classic! Thanks, Pappy! Have a very merry Christmas!

Merry Christmas Pappy, This was a nice present. I enjoyed "Mad" every summer growing up. Thank you so much for posting this nostalgic piece.

I do like a little creepy in my Christmas. Best of Holidays!

I was of the people that liked Panic a bit better than MAD, at least the comic version. Panic was somewhat closer to what MAD would become (especially after Kurtzman left and Al took over) and as much of a comedy genius that Kurtzman was, and as funny as MAD was, it could also be a bit one-note because everything Kurtzman did had a similar rhythm. I don't think Panic suffered from that as much, it seemed to ave a wider voice.

This was a great piece of comedy.

Brian, Panic used writers like Jack Mendelsohn, who later went on to help write "Yellow Submarine," whereas Mad was solely under Kurtzman's control. For what it's worth, I think Elder's "Night Before Christmas" and "The Lady or the Tiger," also for Panic, are two masterpieces, and until now I was not sure who wrote either or both of them. I have wondered if Elder was just allowed to riff with the Clement Moore "Visit from St. Nicholas" poem, and do visual interpretations of what he read.

To answer my own questions, I went to the reference book, Tales of Terror. Feldstein is credited with "Lady or the Tiger" and Elder has sole credit (with Clement Moore) for "The Night Before Christmas."