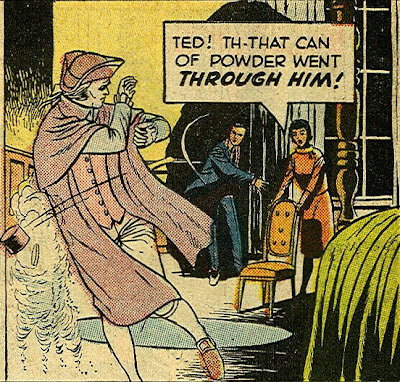 
Tom Gill, who died in 2005 at age 92, was a longtime--very longtime--comic book artist. His chief claim to fame was drawing Dell's The Lone Ranger for over 20 years. He began drawing the series with issue #38, August 1951. Here is a two-page sequence from that issue, showing his strong sense of composition and solid drawing technique. 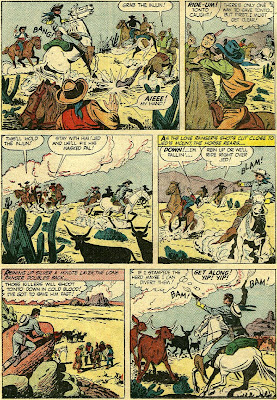 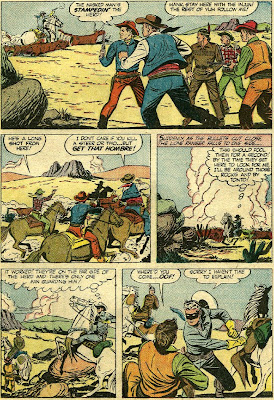 "Haunted Honeymoon,"* from Boris Karloff's Thriller #1, October 1962, showed he could draw something besides six-guns and horses. It's an enjoyable, lightweight fantasy about a newlywed couple getting advice from an older couple…who just happen to be dead. It was probably inspired by Thorne Smith's Topper. Jokes about wedding night stiffs will be cheerfully ignored. 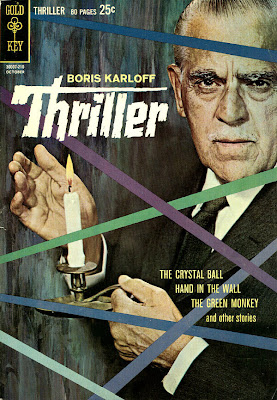 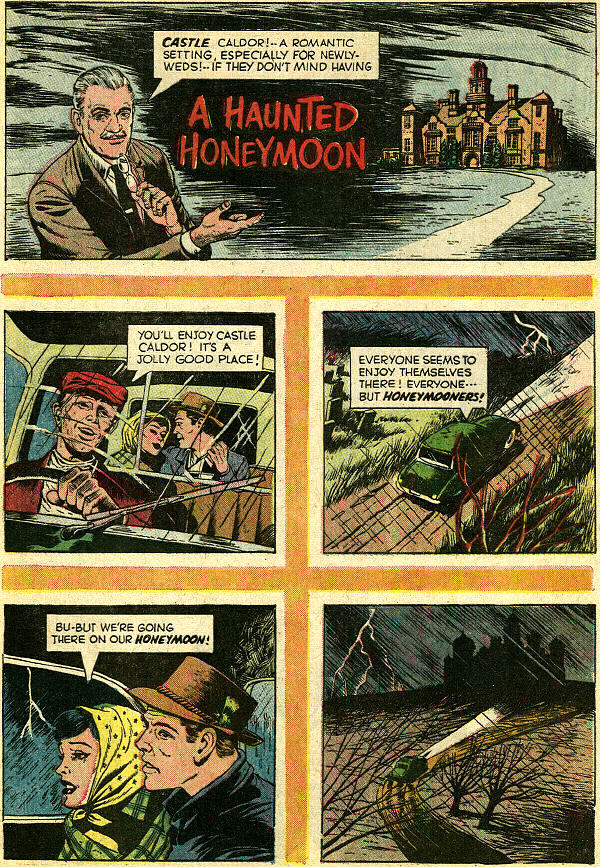 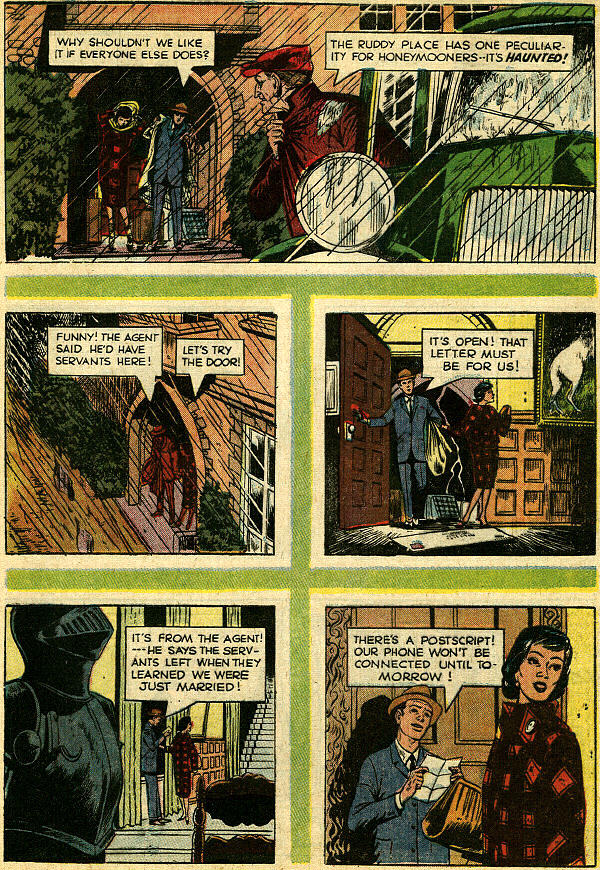 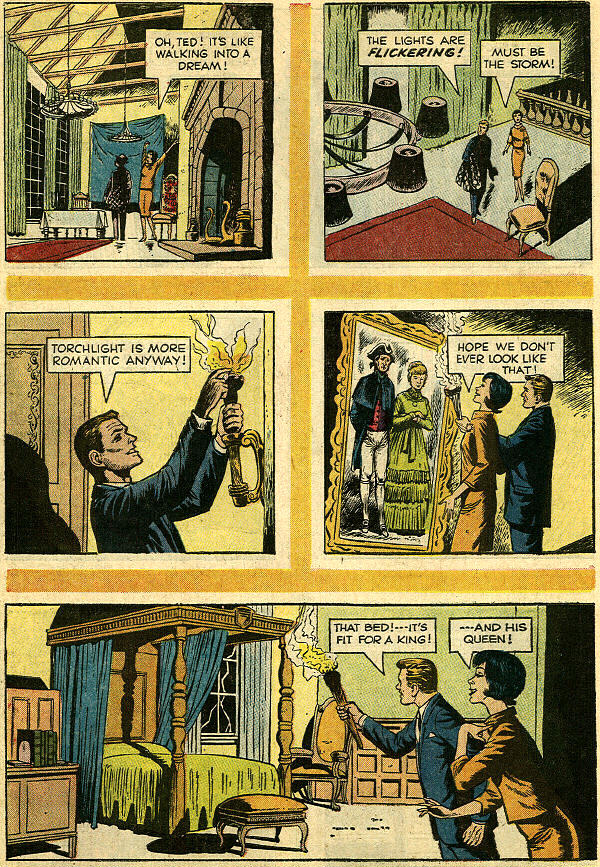 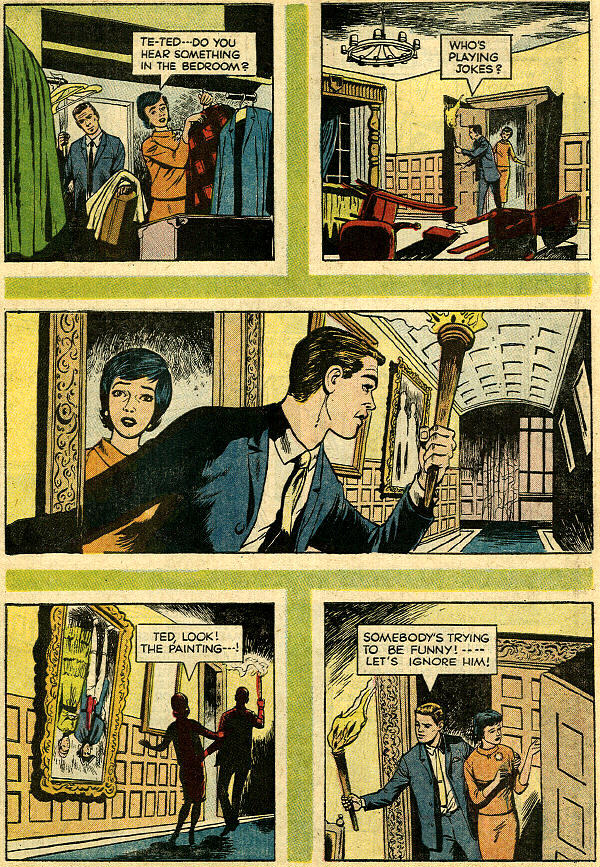 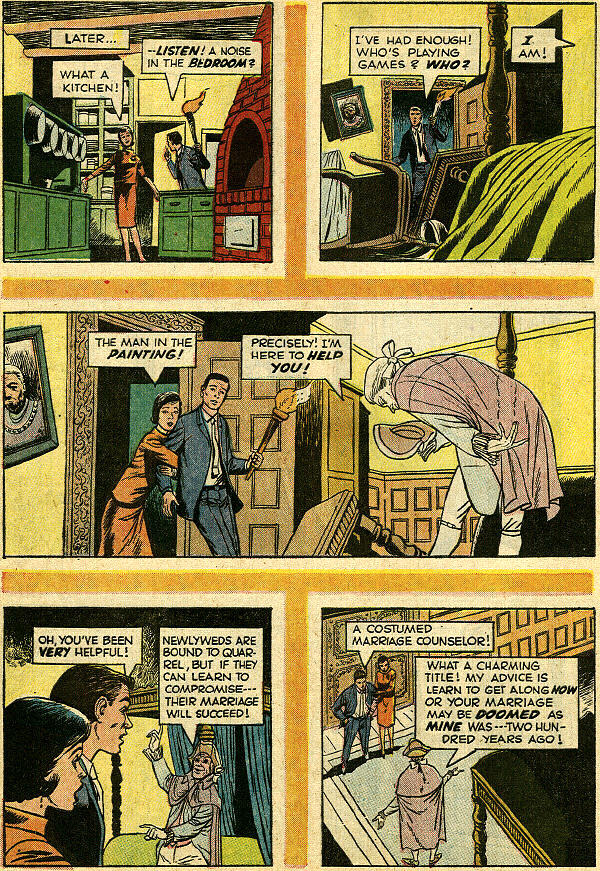 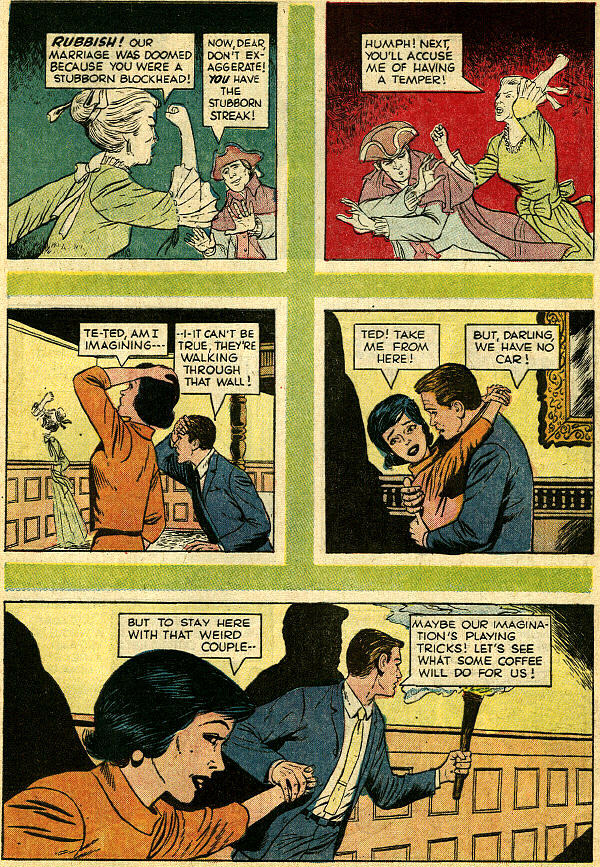 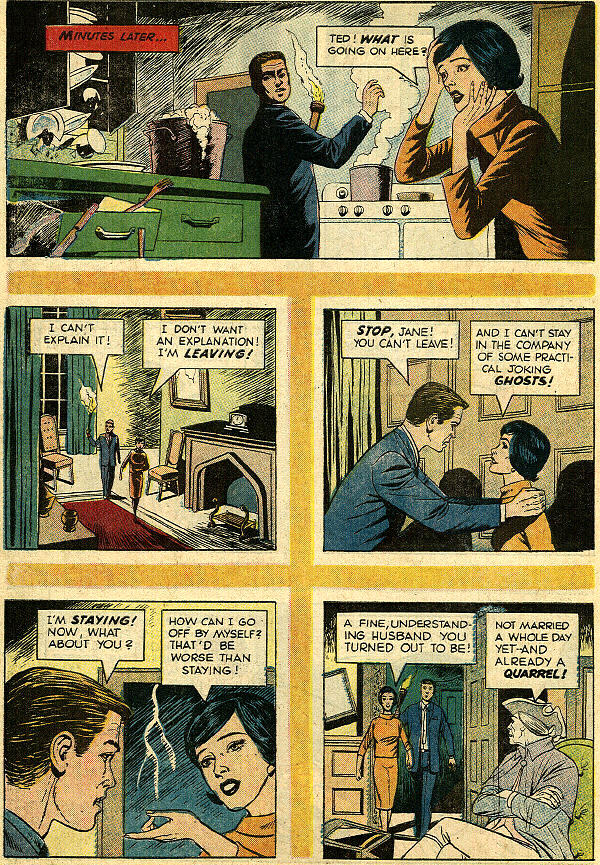 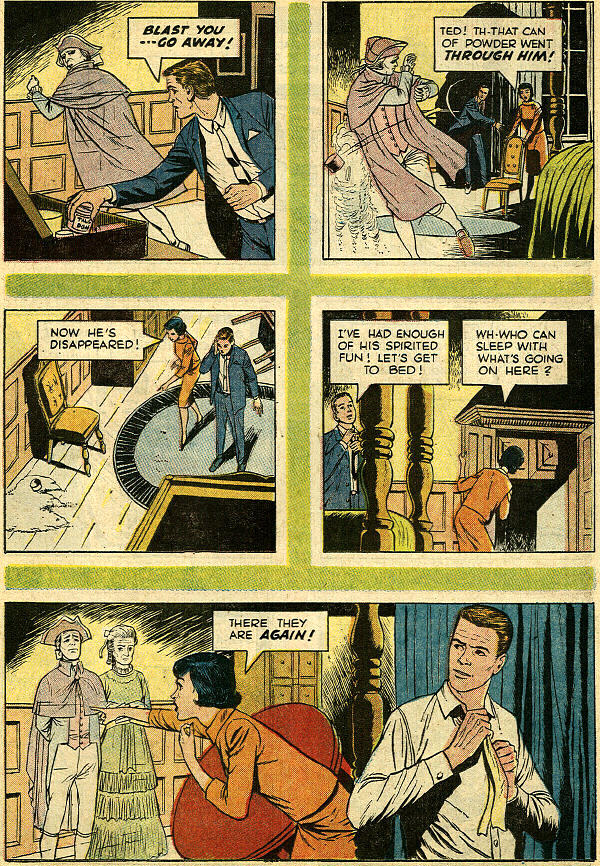 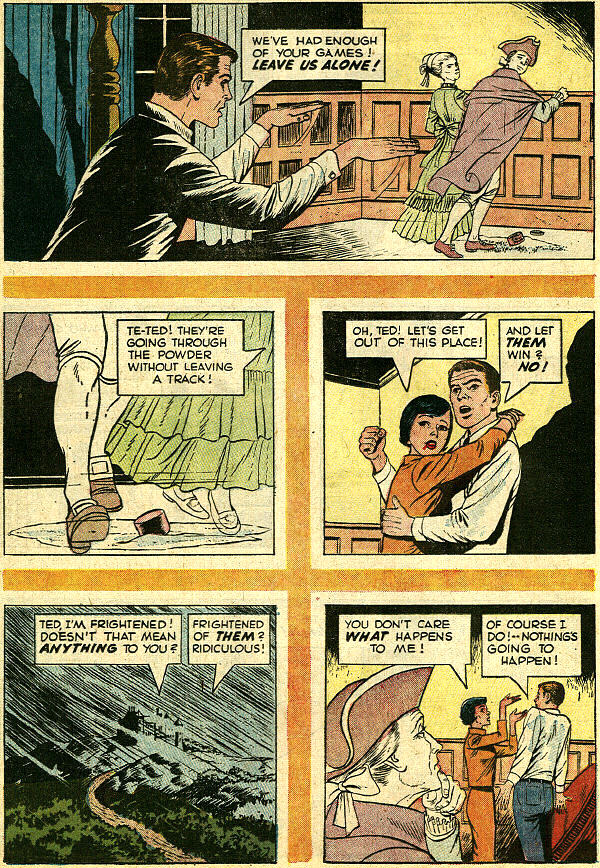 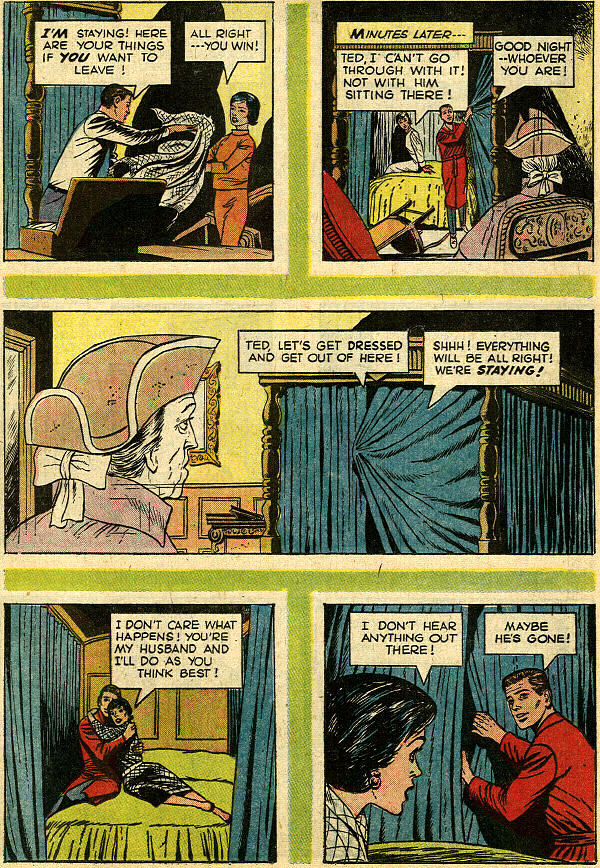 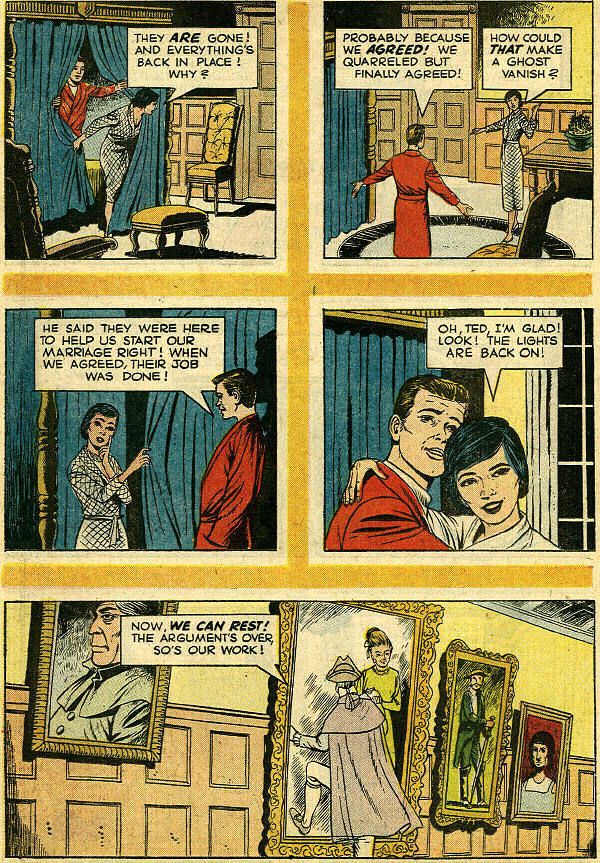 One of the first comics I ever bought with my own money Paps. Good story choice too... I also like The Green Monkey tale with Sekowsky's Toth-esque art (or should I say Peppe-esque?) I never did pick up the second issue of Thriller, do you have it? Any good? Any bad?

This post also makes me wish someone would finally release the goddamn Thriller TV series on DVD someday so I can throw away my crappy old Sci Fi Channel bootlegs.