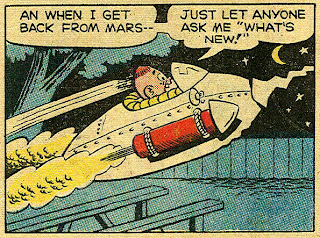 
The late Dan DeCarlo is a much-admired and well-liked artist from the post-war to 1990s. His main body of work is for Archie Comics, specifically his Betty and Veronica, but including his own creations, Sabrina the Teenage Witch and Josie and the Pussycats.

The Brain, a funny comic by DeCarlo, was published after the Comics Code was instituted, and was one of ME's last comics before its demise. It ran for seven issues, and had a couple of reprint issues from IW Comics a couple of years later. There is a Rube Goldberg-element to the strips, included in some very funny gag pages, and the cover. (Click on cover picture for full-size image.) 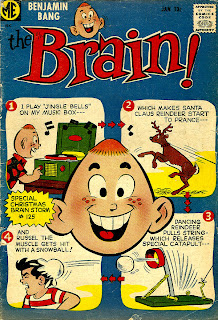 Benjamin Bang is The Brain, a smart kid full of inventive ideas. You know, like I wanted to be! The thing I didn't want to be was a pinhead, which unfortunately is how Benjamin looked. You wonder why his parents didn't notice. This particular fantasy story appeared in The Brain! #6, January 1958.

The usual bread-and-butter of DeCarlo's career is missing, the pretty girls. Benjamin's mom is pretty, but she hardly counts. I mean, who has fantasies about somebody's mom? If you do, I don't want to know. Click on the Dan DeCarlo link below to see a DeCarlo/Stan Lee story from an old My Friend Irma comic.

Back to The Brain, I like the outer space plot, I like Benjamin's friend, Dinky, who sports a fedora, large glasses, short pants and a bowtie. I didn't know any kids in the 1950s who fit that description, although Benjamin is built like I was, wears clothes like I did. All that is different is my head didn't come to a point, but if you talk to people who knew me fifty years ago they might disagree with that.

This issue appears to be entirely sponsored; only one advertiser, Compix, and the products available are all geared to a 9-year-old reader. I'm sure Compix was a company either owned by the publisher, or had some sort of business arrangement. I've included a page advertising the Electronic Man, "the latest brainstorm from The Brain!" I wonder if anyone ever sent away their $2.98 (plus 45¢ for postage!) and played in this weird-looking cardboard contraption.

The Brain is typical DeCarlo. It's well drawn, fast-paced and funny. It's just missing the pretty girls, and that might be the reason it went only seven issues. Maybe if Benjamin had a foxy older sister, and her girlfriends, and they were featured on the covers, it might have appealed to the older male readers DeCarlo's other books appealed to. But I can only review and show what was published, and not what I think should have been published. 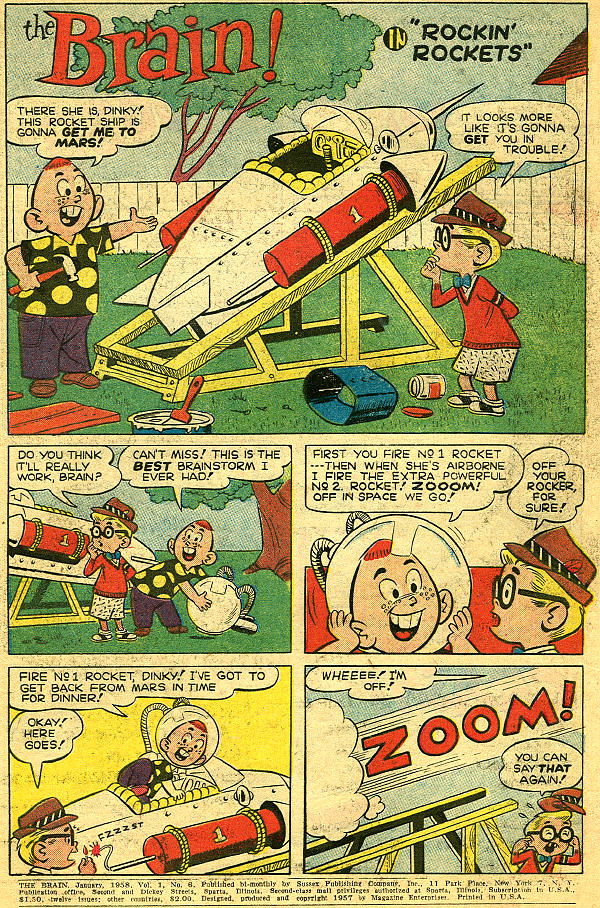 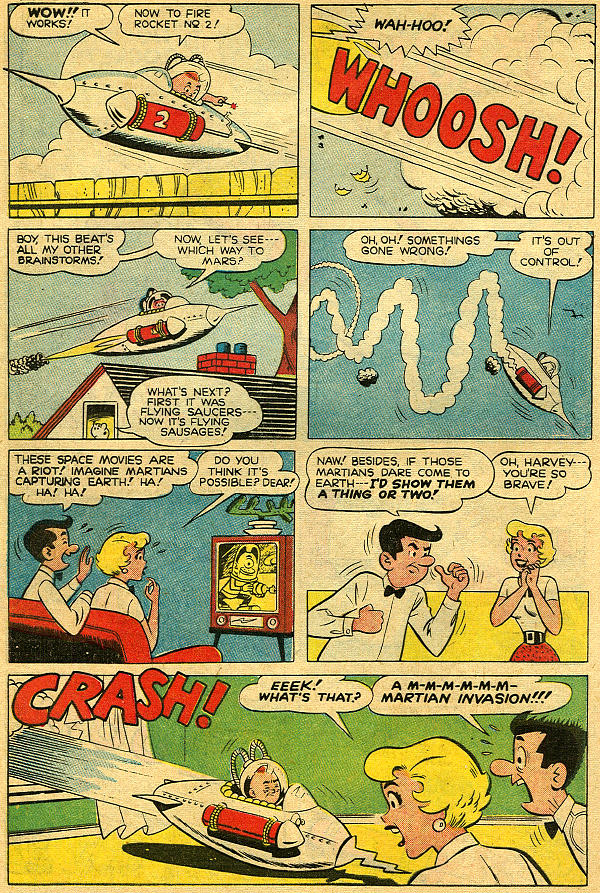 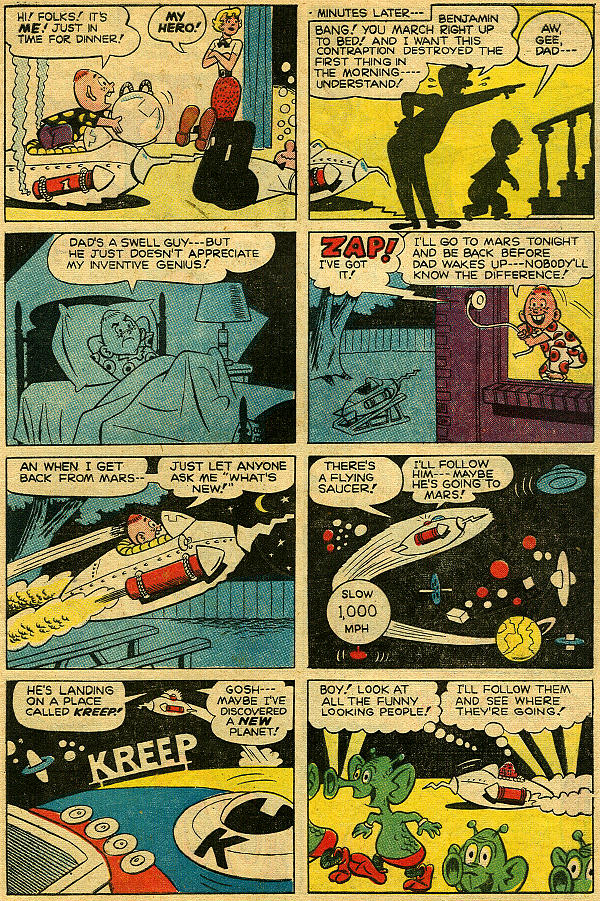 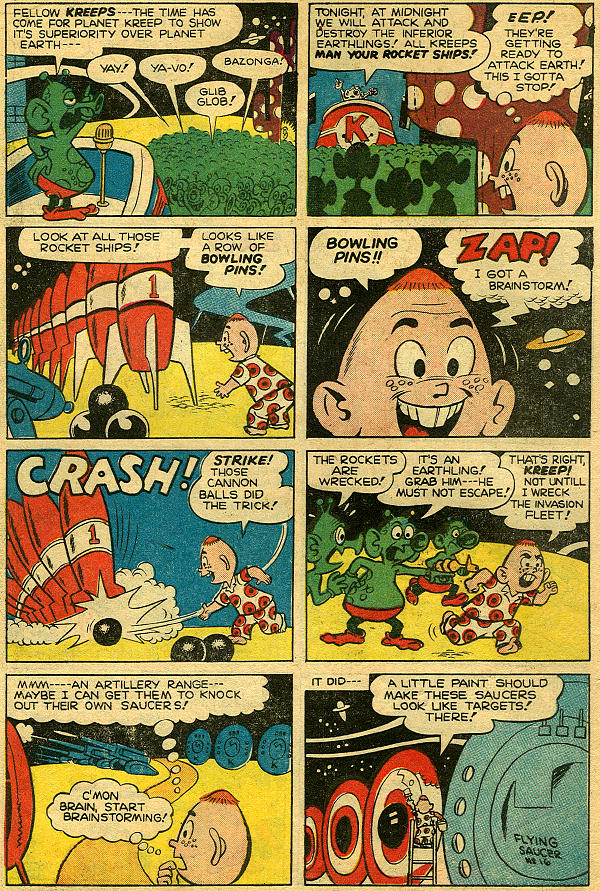 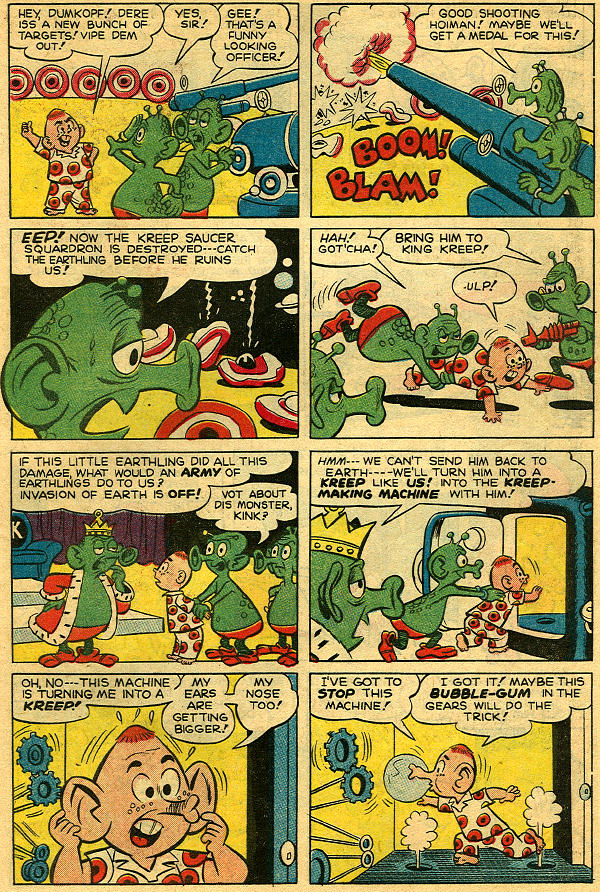 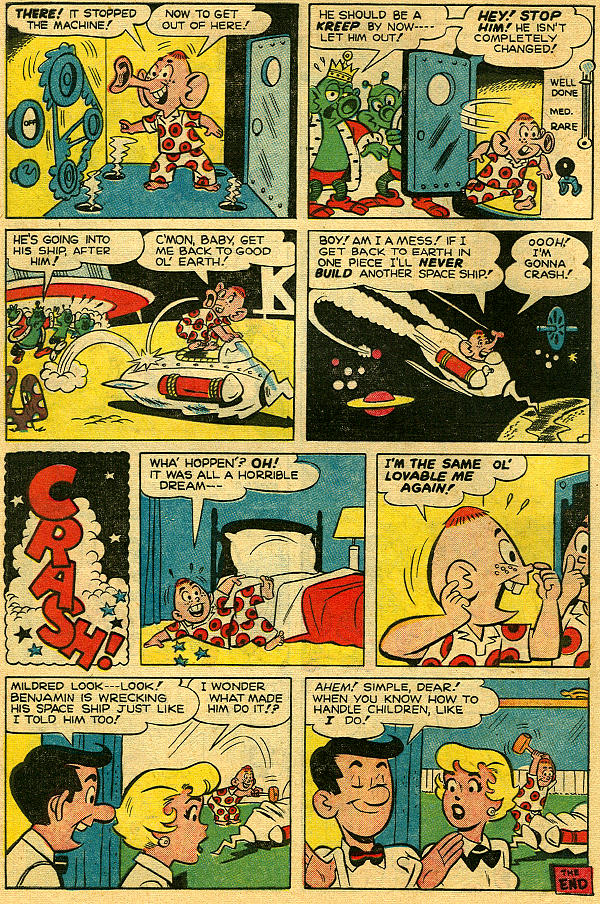 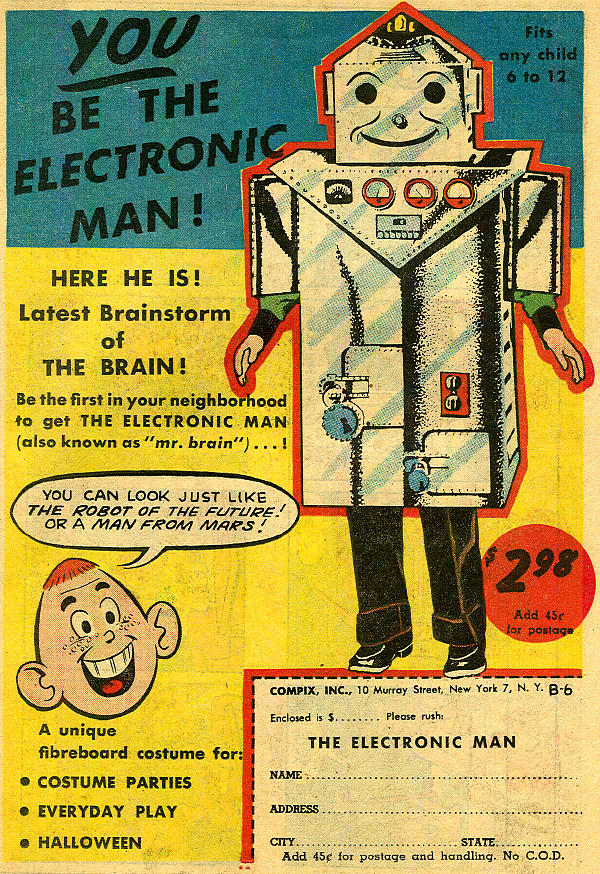 I've posted some stories from pre-code ME Comics, all of the four issues of Jet by Bob Powell, and some Ghost Rider stories by Dick Ayers. Check on the link below for ME Comics to see what's been on Pappy's previously.

Email ThisBlogThis!Share to TwitterShare to FacebookShare to Pinterest
Labels: Dan DeCarlo, ME Comics, The Brain