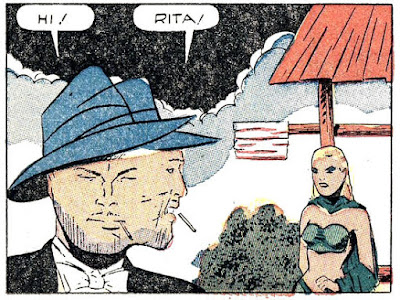 Triple Threat Comics was a one-shot publication by a company called Special Action Comics, which came out in 1945. Paper was still being rationed and one-shot (either by design or company failure) publishers with paper rations popped up here and there.

The comic also includes a Beau Brummel and King O’Leary story, but I am showing only three stories (to go with the “triple” in Triple Threat): The Duke of Darkness, The Menace, and The Magnificent Epod. (Spell Epod backwards. The late Don Thompson used to say that comic book fans learned early to read backwards.)

“Duke of Darkness” is drawn by John Giunta under the name Jay Gee; “The Menace” is drawn by Louis Ferstadt, who had his own comic art studio (including at one time, Harvey Kurtzman); “Magnificent Epod” is credited to August Froelich (?) and Charles Voight (?), question marks meaning the art spotter isn’t sure. 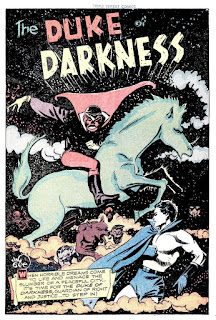 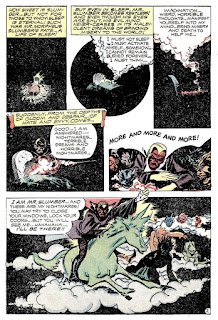 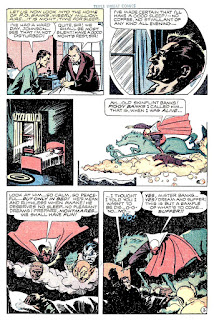 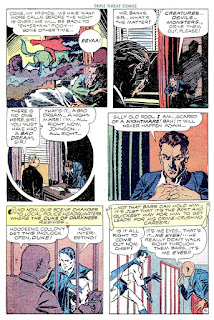 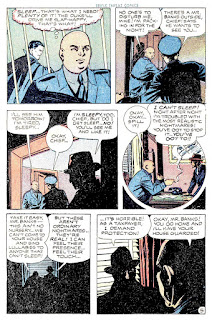 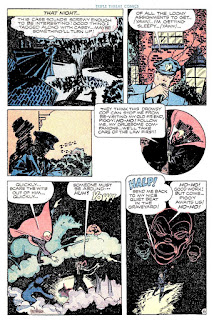 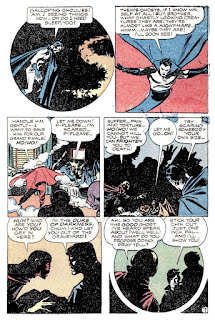 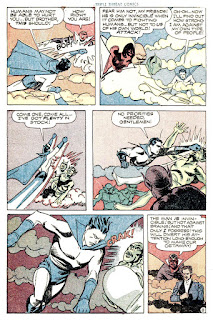 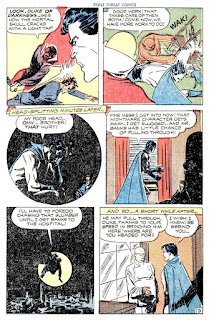 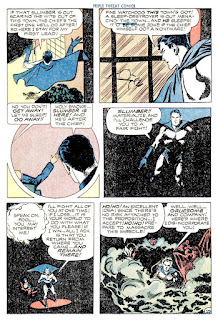 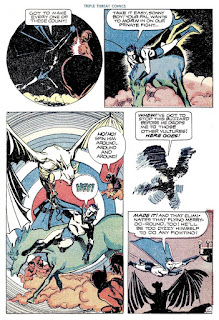 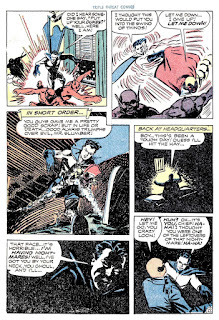 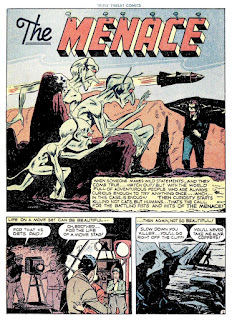 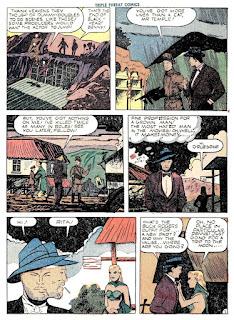 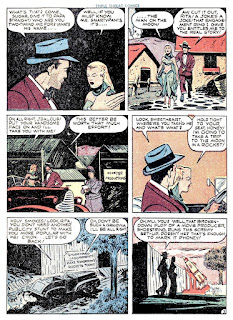 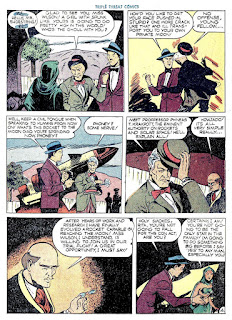 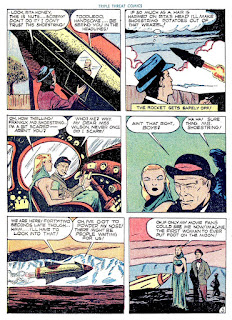 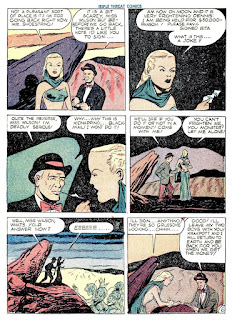 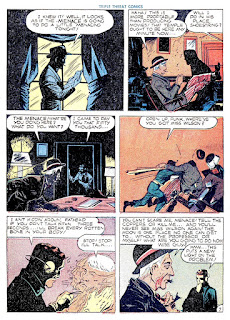 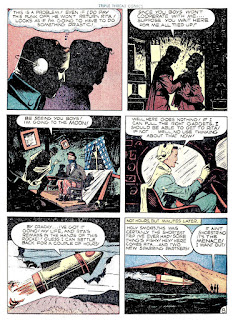 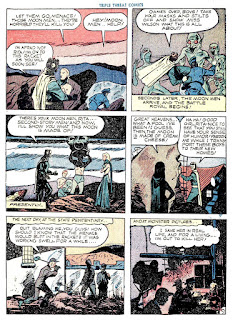 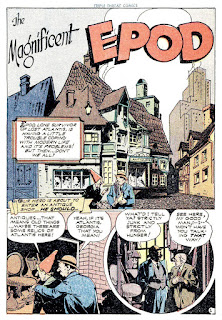 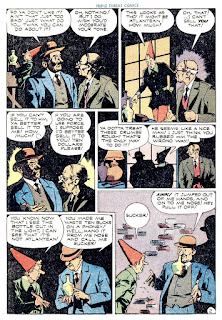 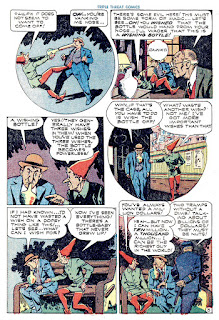 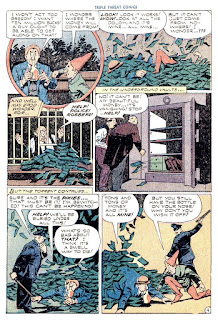 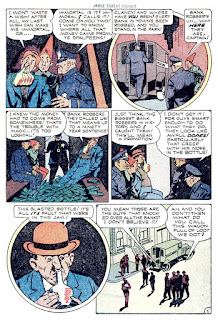 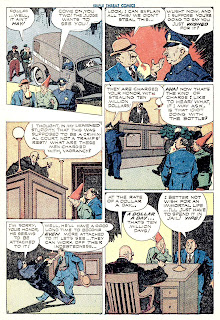 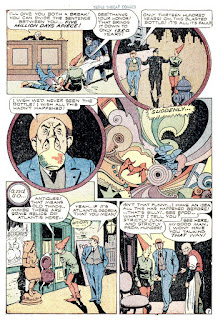 Been realizing how underappreciated Golden Age figure John Giunta is, not just for his art, but also for likely co-creating the first comic book superheroine in 1939 (the Magician from Mars) and helping Frank Frazetta on his first credited work.

I knew that I'd seen a different story with the Duke of Darkness somewhere, so I looked for these characters at the Grand Comics Database. It seems that combinations of them appeared in three American one-shot comic books, and in one Canadian comic book, and that Gerona Publishing Co. under one name or another was responsible for the America magazines.

As for this tale of the Duke of Death, well, it's of course basically just a slugfest, somehow involving spirits. (When it comes to Golden-Age tales of the supernatural, what most appeal to me are the early, cold, grim tales of the Spectre and, to a lesser extent, those of Doctor Fate.)

With a bit more investment, the other two stories could have been quite appealing. There's something to be said for the goofiness of the Menace, and for the art of the Magnificent Epod. But, ultimately, these things were pushed out the door half-done, because the talent wasn't given enough time or enough money.